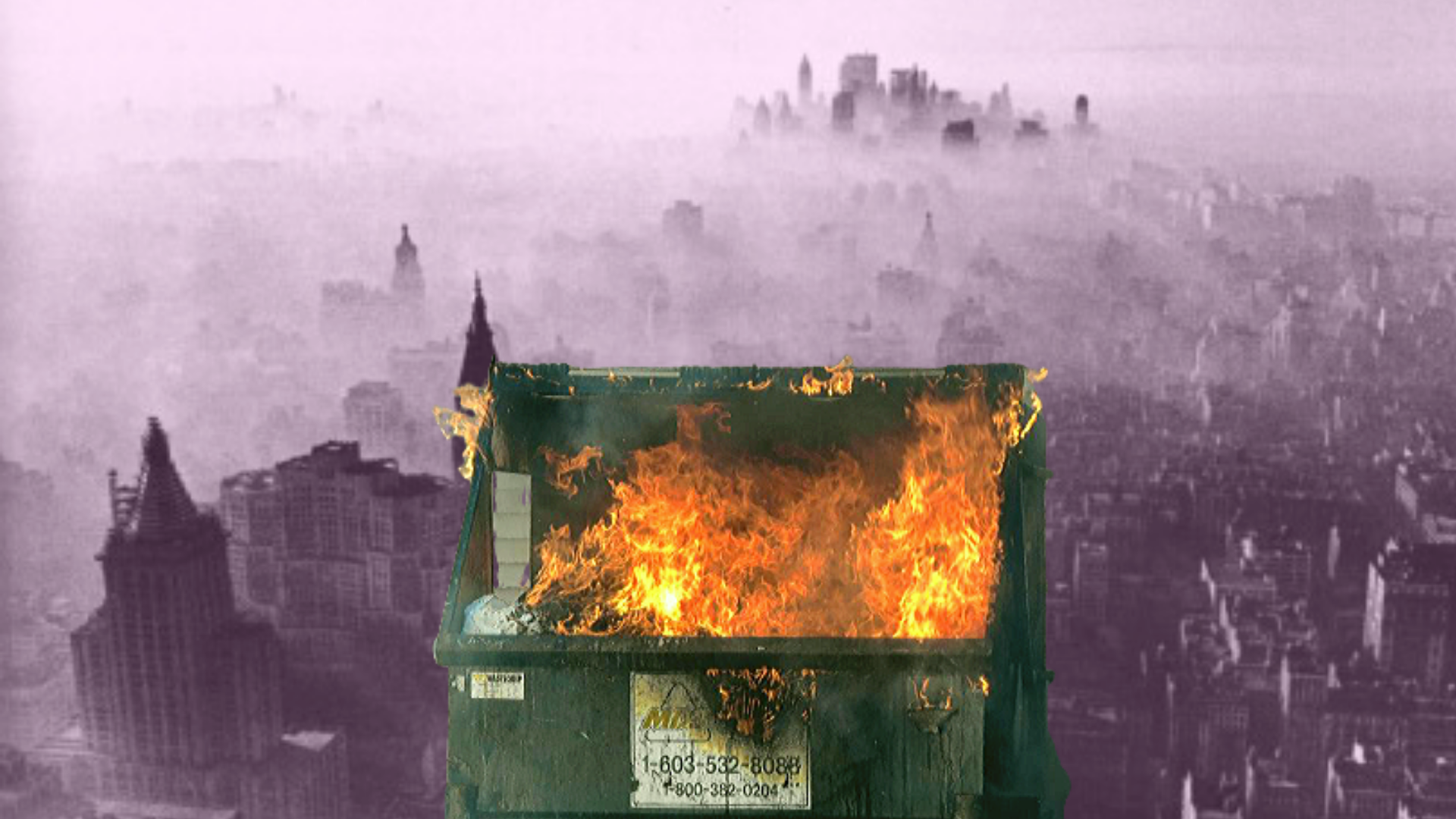 On November 23, 1966, while most of the country was gathering around dinner tables for Thanksgiving arguing over their favorite Beatles member, NYC was trapped in a thick concoction of carbon monoxide, sulfur dioxide, and smoke.  The fog had reached the pollution index of 60.6, more than 10 points over the health danger mark.

The entire skyline was lost in a thick gray fog that was so dangerous, a citywide advisory was sent out to residents with heart, lung, or respiratory conditions to remain indoors. Over the course of the month, over 200 people died, and thousands more were affected with Chronic Bronchitis and other respiratory diseases over the years.

There were over 17,000 garbage incinerators located all across New York City. Literally, dumpster fires.

At the time, cigarette smoke, car exhaust, garbage incinerators, ships in the harbor, coal, and gas-fueled power plants…all of these had become the norm and it was normal to see a cloudy, yellow tinge on the skyline.

Huge corporations like General Electric and General Motors regularly dumped chemicals (over 170 million gallons of raw sewage), into the Hudson River which streamed down into the New York Harbor to make one deliciously murky, molotov cocktail.

The 1966 smog wasn’t EVEN the worst. In fact – there had already been two massive and deadly smogs PRIOR to this, one in 1963, and another in 1953. It took nearly TEN years for the government to realize that the deaths from the 1953 Smog incident were in fact, a result of the deadly congestion.

According to an 1985 EPA article by Roy Popkin, “An episode that occured in NYC was not recognized until statistical evidence, presented almost nine years later, disclosed that during a brief period of weather stagnation at the time, in which unusually high levels of sulfur dioxide and smoke shade had been recorded, the number of deaths in New York City had been approximately 200 in excess of normal”

The government nearly shut down the entire city during the Thanksgiving weekend of 1966. Coal and gas-powered plants were ordered to shut down for the weekend, cars were asked to be driven as little as possible, and garbage incinerators were closed for the weekend and instead, replaced with ships carrying garbage to be dumped in the sea. More on that BS strategy next time…

Clean Up, Clean Up, Everybody Everywhere

As a result of the smog, the city began enforcing restrictions on pollution which would eventually lead to the formation of the EPA (Environmental Protection Agency) on a national scale. In 1971, the city enacted the New York City Air Control Code which put strict rules in place regarding air pollution. Today, the air in New York City is significantly better than the toxic fumes of 1966. Now our main air complaints revolve around rotting street garbage during the Summer and that one empty train cart.

With the enactment of the Plastic Bag Ban this March 1st, we’re excited to see how much more we can improve the city and what new changes we can put in place. JUST WHAT WILL WE DO now that we have to carry our plastic clamshell salads back to the office with our hands?!

We’re giving away a FREE ciaooo! tote bag for you to get your groceries and salads with. Just look out for our giveaway post on Instagram this weekend! 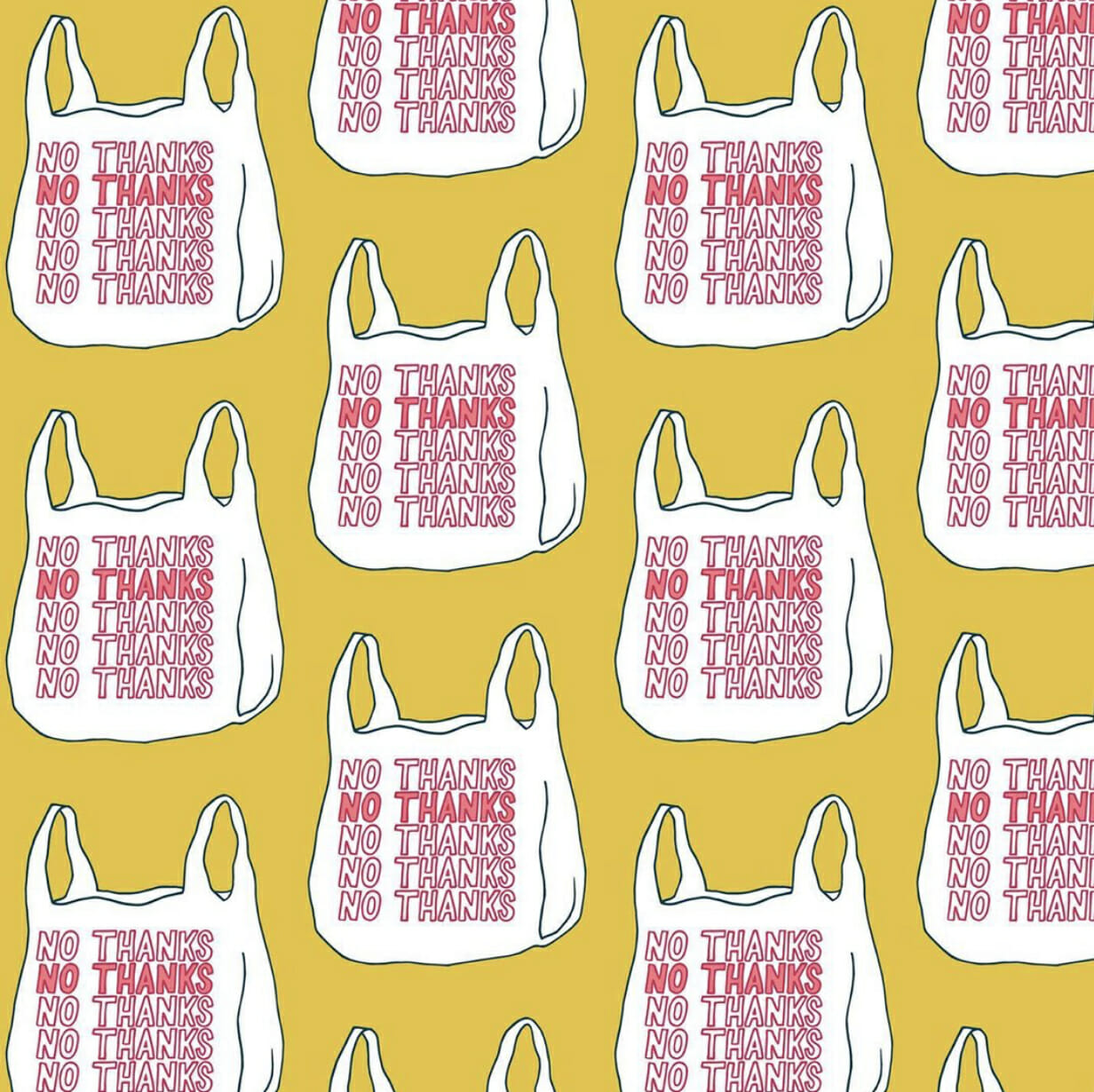 After years of discussion, New York finally stepped up to plastic bags. The law officially passed April of last year and goes into effect THIS Sunday, March 1st, 2020. That bag collection that’s been building up under your sink for months? Yup, that’s now illegal. You’re now in possession of NYC’s hottest new contraband.

Soon, plastic bag scalpers will be lining the streets in front of every Whole Foods.

Don’t fret, bags aren’t completely out of fashion. Single-use grocery bags will be replaced with paper (or sturdier plastic) at 5 cents per bag.  Sure, a nickel here and there doesn’t seem like a lot, BUT it might begin to really add up during your big shop. As of now, those super thin green produce bags are safe, along with restaurant take out and dry cleaning bags.  Unless you’re a primo-planner, you can say goodbye to post-happy hour shopping. Lately, I’ve been trying to make a habit of keeping at least one tote bag in my coat pocket.

We’ll be dishing out some free totes to ease the transitioning pains. Enter to win through our Instagram below!

New York is the third state to enact a statewide ban, after California and Hawaii. Annually, New York residents use 23 billion plastic bags — most of which end up in our waterways. The goal of the ban is to reduce waste and eliminate strain on our landfill infrastructure.

If you don’t want to slim down your bag in a bag sink collection, New York Sanitation has been giving out free reusable bags for some time now. Maybe it’s time to repurpose that Buffalo Exchange tote? 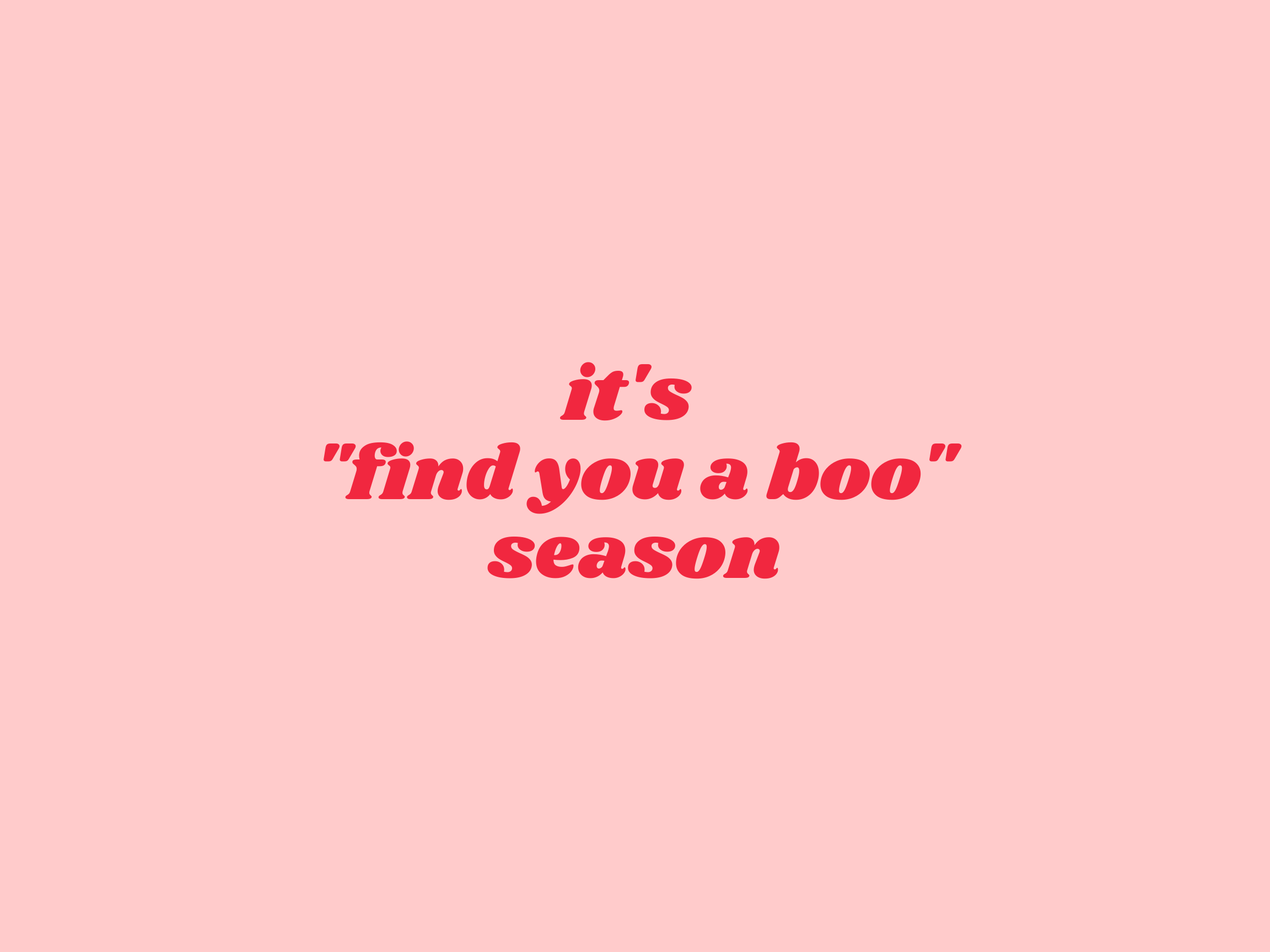 February is the month of love! As NYC’s unofficial but totally official matchmakers (umm..have you been to our Friend of a Friend party yet?), we’ve built up a thiccc rolodex of our hot, single, and fun friends. Now, we just want to send TWO of our lovely readers on a very special ciaooo! curated date!

All you have to do to submit is:

DM us @ciaooomag their account on IG. List one reason why we should pick them (or you).

We’ll go through to scour some of the folks and see who may be the right fit for whom! In return, the winning couple will win an epic date…and let’s just say this…hey, at least we’ll end up fronting the bill.

Must be residing in the 5 boroughs, 24+ years of age, SINGLE, cool. DM your friends to us @ciaooomag!