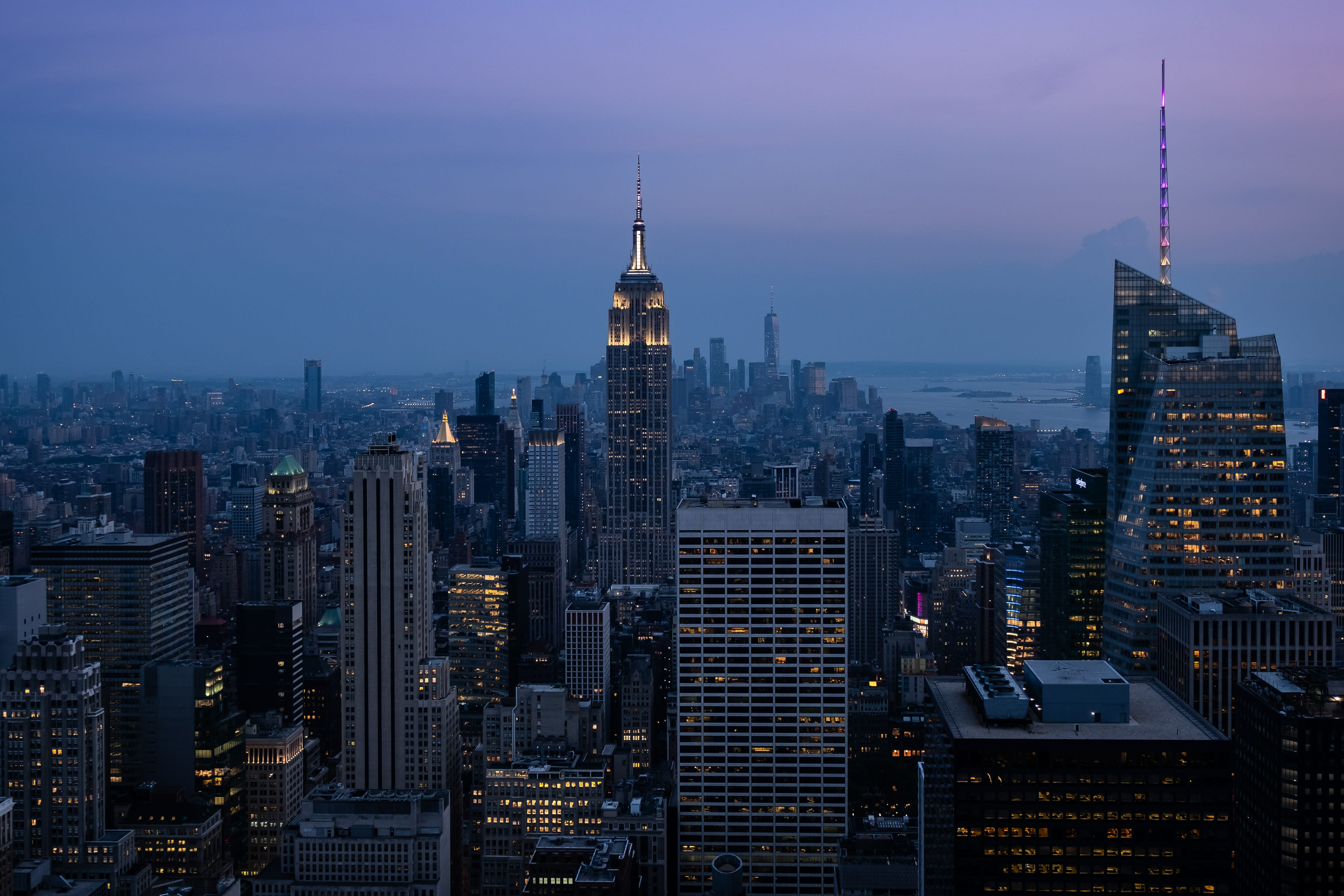 Our first date was at Attaboy, a dimly lit speakeasy in the Lower East Side.

I wore a flirty red dress and he wore a blue button-up. We sipped drinks made with ingredients like elderflower and persimmon, mixed based on our moods instead of a menu. We spent hours talking about our favorite Potter book and the best music venues in New York. As cliche as it sounds, we didn’t want the night to end — and what better place to be then NY? We moved from Attaboy to Spitzer’s to La Caverna. The stench of sweaty college boys couldn’t even ruin the night, it was magical.

He kissed me on the corner of Rivington and Ludlow, in front of a nondescript bar with a bright neon sign. I went home excited but cautious all the same — as New Yorkers we’re always suspicious of a good thing.

It surprised me that there was no hesitation on his part. He reached out right away and we set a second date. Then a third. And a fourth. We continued to see each other and I was a goner – swept away by him and the city I saw through his eyes. He took me to a coffee shop called Norma’s in Ridgewood (with the best egg sandwich I’d ever had) and the dive bar,  Aunt Ginny’s, the quintessential neighborhood bar.

As New Yorkers we’re always suspicious of a good thing.

We zig-zagged across the city for nearly 3 years. In that time, places themselves took on a new meaning. That nameless bar in the East Village became that bar where he beat me at Big Buck Hunter for the first time. Il Bambino became our go-to panini spot. Milkflower became the place we celebrated with brick oven pizza and red wine after he proposed. The cocktail bar, Diamond Lil became the place where we celebrated our engagement with family and friends. The city became a map of our relationship, each new spot a landmark of some sort. I fell in love with a boy and a city at the same time.

Looking back over those years, I think that Sundays were my favorite. We kept the day just busy enough to enjoy the city while mentally preparing for the work week ahead. We’d often pack a bag (and our dog) and trek to Greenpoint for the day. We walked down Franklin and Manhattan, pausing to scope out vintage stores like Walk the West or stop for treats at Van Leeuwen or Peter Pan. A slice of Screamers on the way home was never out of the question.  I was committing every second to memory because I didn’t want to forget how I was feeling in those moments, with the person that I’d decided to spend my life with right beside me.

I didn’t know it at the time, but all those memories would turn on me in the worst way. What could I do in a city like this one, with all the memories we’d made, when I was suddenly alone?

I fell in love with a boy and a city at the same time.

We broke up on a Sunday at Madame Sousou’s in Astoria. I found myself in a daze in the days after. Wandering the same streets that we’d wandered together, triggered by every place we shared together. I placed imaginary caution tape around some of them, marked them as the scene of the crime.

It’s been 6 months and I’m still trying to find my way back to those spaces.

I made it to Roberta’s a few weeks ago (our favorite spot when we were in the mood to hike to Bushwick), I can’t lie and say it was easy. I told myself the whole day that I had nothing to stress about. He didn’t own this space in my memory. You know when you try and repeat something to yourself in the hopes that it’ll sink in? That’s what I was doing. From the memorable Brokeback Mountain pizza art on the wall to the very smell of the place, it was like being right back there with him. I sat at a table in front and yet I could still feel the weight of our past selves, laughing with each other over brunch in the back.

I walk around with the ghost of him next to me. I can feel his shoulder leaning next to mine on the subway, feel his hand nudging mine to the side while I make dinner, hear his laugh echoing in quiet rooms.

I don’t know how to properly describe the headspace I’m in now. The shock of the pain has faded into a dull ache that ebbs and flows. If this was a ten-step process, I’d probably be somewhere around step five. Able to go to work in the morning and laugh with friends over wine, but still not completely comfortable revisiting those places that were ours.

I don’t have all the answers. If you’re going through your own kind of hell right now I wish I could say that after 3 months you’ll feel better, or that by month 5 you’ll be able to drive past that wedding venue without pressing your eyes closed.  I can’t tell you that.

What I can say is that I’m ready to start trying. I don’t want to hide anymore. It may take me weeks or months before I’m able to make it to the cocktail bar where we first met or to the dozens of other places that are a part of our story. Loving him wasn’t easy – unloving him is going to be just as hard. But for the first time since we broke up in that coffee shop, I have hope. I walked into that coffee shop last week and sat down for a chai. I didn’t fall apart.