So What Does “Standing in Solidarity” Really Mean? - ciaooo!
ciaooo!
Close Search
News

So What Does “Standing in Solidarity” Really Mean? 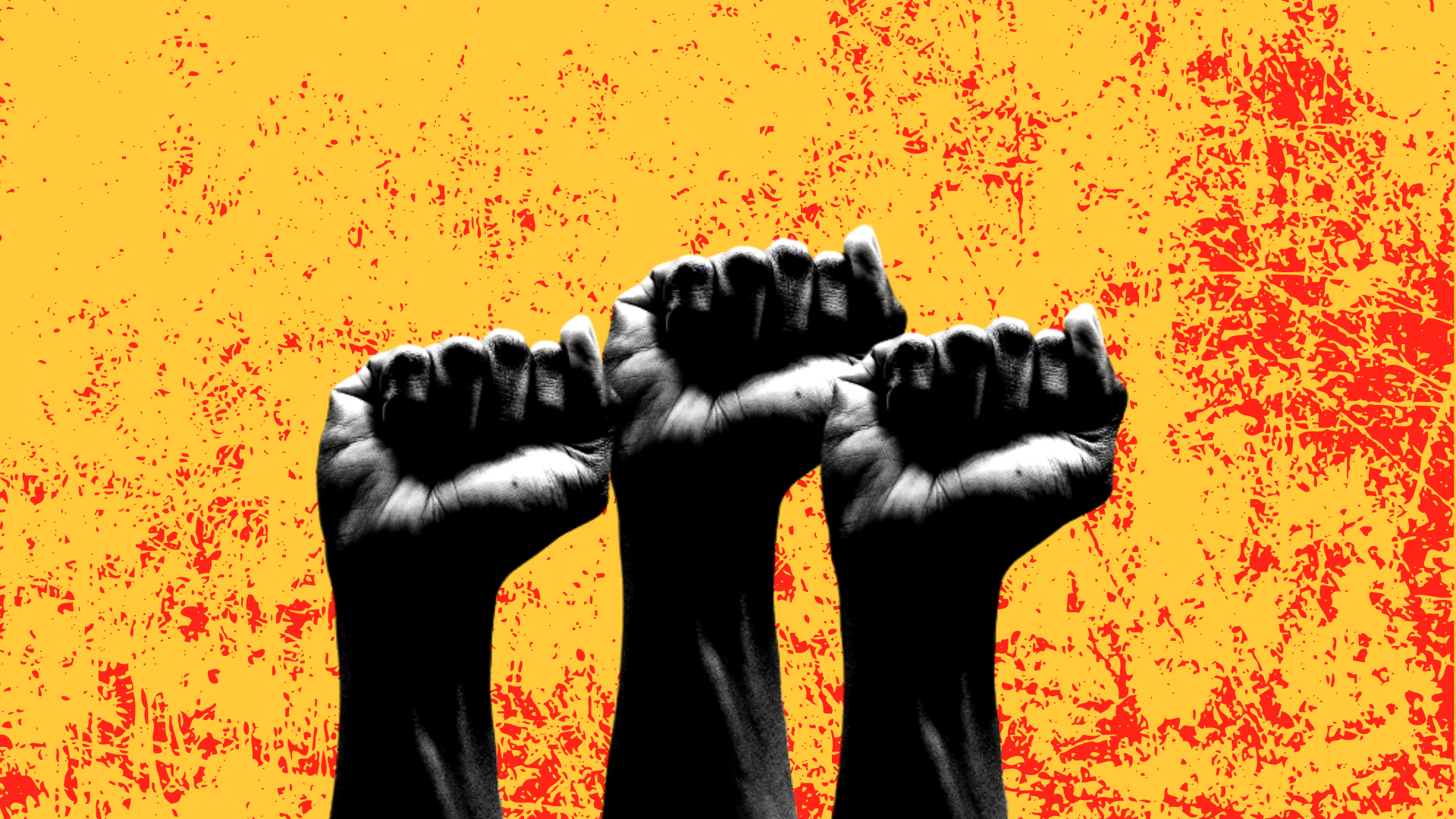 While Americans are taking to the streets to protest the murders of George Floyd, Breonna Taylor, and countless other black men and women, brands and companies across the world are scrambling to “show solidarity” online and through social media.

After reading the same thing over and over again you start to question, what does standing in solidarity mean? Does it mean reposting a black square? Donating to Black-led organizations? Taking the time to educate yourself and reflect on how you can do better?  After a while, “standing in solidarity” begins to sound like a version of newspeak, written by a corporate drone.

For some (very few), the reaction has been positive. For others, the response has been met with a lot of “I Know What You Did Last Summer” style side-eye. If the news cycle over the past few weeks has taught us anything, you can’t just say some words online and sweep your company’s questionable practices under the rug.

Employees and consumers are on a quest to root out inequality and racism in every industry, weighing public statements against concrete action.

Let’s quickly look at two very very different online responses. On the one hand, we have Ben and Jerry’s, a Vermont based ice cream company that began with two guys slinging ice cream out of a renovated gas station. On the other hand, we have the NFL, a $2.86 billion dollar organization, the wealthiest professional sports league in terms of revenue.

The Men Behind the Ice Cream

In early June, Ben and Jerry’s released a statement to put all other statements to shame.

They said what many of us have been thinking in bright bold type, WE MUST DISMANTLE WHITE SUPREMACY. And from there you have 400+ words of pure poetry. Their statement was thoughtful, honest, and outraged. And more than any other brand I’d seen, they had a 4 step plan and concrete steps towards combating racism in the United States.

Many quickly committed to the brand for life, after all, $5 is nothing when consuming a pint of Half Baked in the name of justice.

The rest of the world could have used Ben and Jerry’s copywriter. They continued to post relevant and educational content in the weeks to come. It wasn’t just one post and done, they continued to show their support over the past few weeks.

Who knew Ben & Jerry’s would become the educational powerhouse we needed during these dark times?

Who knew Ben & Jerry’s would become the educational powerhouse we needed during these dark times? From explaining reparations to our broken criminal justice system to a call to invest in community services – they are committed to education and using their platform to effect change. Founders, Ben Cohen, and Jerry Greenfield have been vocal about social justice and reform for decades, from protesting injustice to charitable donations to the ice cream flavors themselves (Pecan Resist is a particular favorite of mine).

Though Ben & Jerry’s was bought by Unilever in 2000, a conglomerate with a problematic history, the company itself has continued to support its founders’ legacy by speaking out, educating, and supporting social justice causes (while producing ice cream with the perfect crunch to cream ratio).

* Editors Note: [Via NY TIMES: When first purchased, Unilever agreed to commit a percentage of Ben & Jerry’s profits to a foundation, agreed not to reduce jobs or alter the way the ice cream was made. They also committed to contributing $5 million to the foundation, establishing a $5 million fund to help minority- owner businesses and to distribute $5 million to employees that year].

Now, let’s look at the NFL in contrast. It was only 4 years ago that they banned Colin Kaepernick for peacefully protesting the murder of black men and women in his country by taking a knee during the national anthem. Did the NFL think that our country as a whole has experienced some sort of short-term memory loss? They posted the following message on Twitter in early June.

Writer/Director Ava DuVerney was quick to point out the hypocrisy on Twitter.

“This is a lie,” she said. “Your actions show who you are. You’ve done nothing but the exact opposite of what you describe here. Keep Mr. Floyd’s name out of your mouth. Shame on you + the ‘consultants’ of this travesty of an organization.” Ava DuVernay is the champion we all need and is exactly the kind of woman I want on my side in a fight.

A few days later, after some well-deserved backlash, NFL Commissioner Roger Goodell released a video that resembled a coerced ransom video (grainy quality, dead eyes, and a basement straight out of a Raymour and Flannigan catalog)

A few days later, after some well-deserved backlash, NFL Commissioner Roger Goodell released a video that resembled a coerced ransom video (grainy quality, dead eyes, and a basement straight out of a Raymour and Flannigan catalog). He condemned racism and the systematic oppression of Black people, robotically admitting that the league was wrong in its earlier response to peaceful protesting. It reeked of posturing.

Am I being harsh? Probably. Is it justified? Absolutely. And plenty of others agree, including NFL star Michael Bennett, a player who has spent the past few years pushing the NFL to do better. In an interview with the Daily Beast, Bennett calls out the hypocrisy, likening it to a slap in the face.

“While admissions of wrongdoing are all well and good, the NFL’s actions need to match their aspirations,” Bennett states. And that’s the crux of it really, how can you put any weight in words when companies cycle through the same bad behaviors. When their actions seem robotic.When they purchase the same stock image instead of looking at their own actions and corporate structure?

But, the NFL isn’t the only organization that tried to put on a good face while being called out for hypocrisy.

One of the more talked about public showdowns was Bon Appetit vs the BIPOC employees they treated like trendy accessories.

It all started when former Editor-in-Chief Adam Rappaport published a piece titled, “Food Has Always Been Political”, where he details his quest to find the intersection between food and politics, and the responsibility that a publication like Bon Appetit has now. He claimed that “…we at BA have been reckoning with our blind spots when it comes to race.” And with those words, he basically lit a firecracker in his own face. Photos surfaced of Rappaport in Brown face, food writers and BA employees called for his resignation, pointing out the systematic racism that runs through the company.

One report after another quickly came to light. Assistant editor Sogla El-Waylly (featured in Bon Appetit’s popular Test Kitchen video series) took to Instagram to say that BA only paid its white editors for video appearances and that her salary was lower than those with less experience than her.

Other food writers noted how empty his words were considering the Black women and women of color BA has exploited, the pay inequity at their organization, the suppression of content written from a BIPOC POV – often deemed “not newsworthy”. They recently released a statement, admitting that they had been, “complicit with a culture we don’t agree with and are committed to change.”

BA is not the only organization that has oppressed its BIPOC staffers while touting diversity when it’s convenient and beneficial to them. Refinery 29 is guilty of the same and they’ve come under fire for their lack of diversity and racial discrimination.

Christene Barberich, co-founder and global editor-in-chief announced that she was stepping down to help “diversify their leadership”. Over the past few weeks, many women of color have come forward regarding their experience working at Refinery 29. Like Bon Appetit, the stories are familiar. Pay disparity, toxic culture, micro (and macro) aggressions, racial discrimination.

From football players to media employees, the commonality behind all of these experiences only speaks to the fact that this is a widespread issue that is industry-wide, ingrained in our cultural DNA.

Hope For the Future

Historically, companies haven’t been held accountable or outwardly challenged on their practices. Complaints to HR have been collecting dust in an old file cabinet. Leadership has lacked diversity. While some companies have taken measures to incorporate socially conscious practices and diverse hiring (looking at you Ben & Jerry’s), some are taking the initiative to create change into their own hands. Nate Nichols, founder of Palette Group – a Brooklyn based creative and production house – recently launched the Allyship and Action Summit and Initiative.

The initiative serves as a call to action for the advertising industry, pushing them to take action and practice more inclusion. Their manifesto says it best,

“Words have power. In light of current events, the advertising industry has written a lot that encourages more inclusive practices. Cute, but the executions needed work.”

They call for a pledge, a commitment to transparency, to hire BIPOC creators and leaders. With fireside talks with some of the top agencies in NYC, it’s a step towards encouraging diversity and accountability.

“We are speaking with a ton of agency and brand leaders who are ashamed of their numbers and their lack of action”, Nate says, “well, the weight of your shame weighs ounces, and the weight of our trauma weighs tons. We need to normalize the idea of transparency and accountability so shame isn’t a thing. Our mission is to help the industry, leaders, and organizations take steps towards an equitable industry – full stop.”

I don’t expect Ben and Jerry’s level of woke-ness overnight (they’ve been fighting the good fight for a long time), but more so than ever companies have a responsibility. They need to look inward. To question their ethics and morals and what they stand for. To diversify their staff and leadership. To champion Black people and people of color and LGBTQ people through advertising, their publications, and their products. To expand their definition of what their consumers look like. Representation matters.

They need to examine how they’re using their vast resources and networks (NFL, I’m coming for you). Karen Francois, the founder of creative agency COIS, said it best.

“I’d like to see companies actually have a voice on unfair legislation, using their lobby dollars to support the underprivileged.

“I hope companies see the real change possible beyond a PR worthy moment some (not all) of their social media have been thirsty for all pandemic.”

Individuals like Nate Nichols, Sogla El-Waylly, Karen Francois, and countless others are doing the hard work – holding their companies and their industry responsible, questioning everything, and pushing for real action. Voices like these are coming together in a powerful chorus to chant along with the protestors who are taking to the streets, “enough is enough”.

3 Things You Need to Know About NYC Today

How Two Millennials Used an Instagram Story to Save Chinatown