The Underground Railroad, Little Yemen and The Best View in Brooklyn Heights, Brooklyn 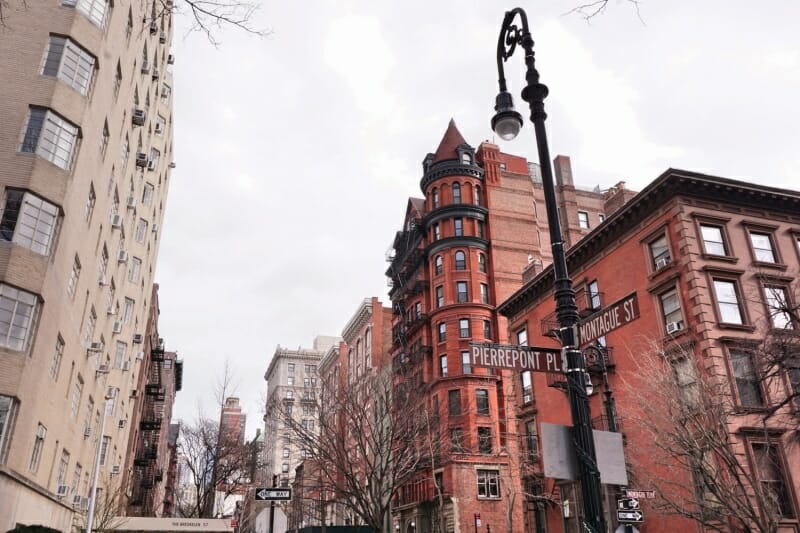 Prior to Brooklyn Heights becoming the meeting ground for young parents, Brooklyn was a very different place. There were no Uppababy stroller pushing yoga moms or cargo short wearing, backyard grilling, BBQ dads here. Until 1814, Brooklyn or “Breuckelen” as it was named by the Dutch was nothing but a piece of farmland (previously inhabited by the Lenape Native Americans).

It wasn’t until Robert Fulton (inventor of the Steamboat, also namesake behind both Fulton Streets), was able to offer up an easy commute for Manhattan’s elite wanting more space. Brooklyn Heights was built with a nearly identical grid system as the city and established as America’s very first suburb. Bridge and tunnel crowd? More like carriage and steam..boat crowd? Ok, we tried.

The Little Suburb That Fought Against Slavery

During the 1850s and 1860s, Brooklyn became a hub for some of the country’s most prominent abolitionists. Many churches also became part of the Underground Railroad and altogether helped as many as 100,000 slaves flee the South before the Civil War.

You can still visit some of the places that were a part of the Underground Railroad, like Plymouth Church which came to be known as “Grand Central Depot” for slaves en route to Canada. Other revolutionaries, who’ve graced these pews? Abraham Lincoln, Mark Twain, and Martin Luther King Jr. Just a reminder that the actions of a few can change the course of an entire nation. Don’t you forget it. #guncontrolnow

Nowadays, Downtown Brooklyn has a somewhat sterile, zero nightlife, somewhat corporate, too rich for my blood, married with kids, a total nightmare for a single, young person type of reputation.

But there’s so much beauty and history on every street. Arthur Miller, Truman Capote and Thomas Wolfe lived here. Activism was bred here. In a neighborhood just far enough from the hustle and bustle, and just tight-knit enough to have a sense of community, you’ll see a place that’s still fiercely tied to its roots with a new discovery on every corner. 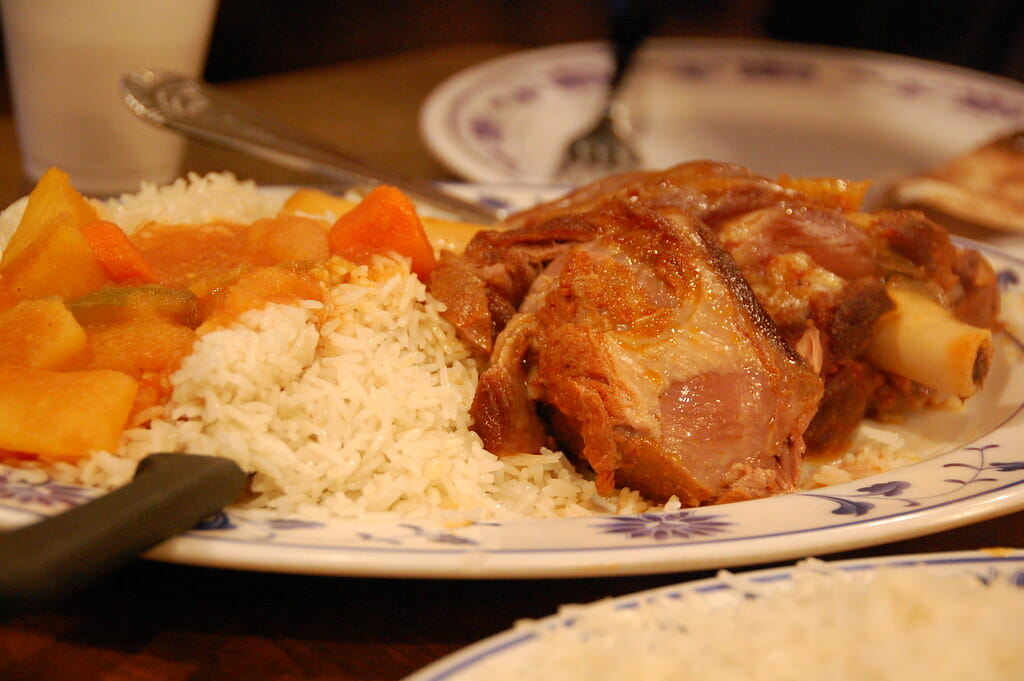 Being in this restaurant feels like you’ve been transported to Yemen, and the food is divine. The best part is the diverse groups of families, friends and solo diners who all come together to enjoy the food in this space. Try the Lamb Fahsah (pictured above) and come hungry cause the food will nourish the belly and soul. 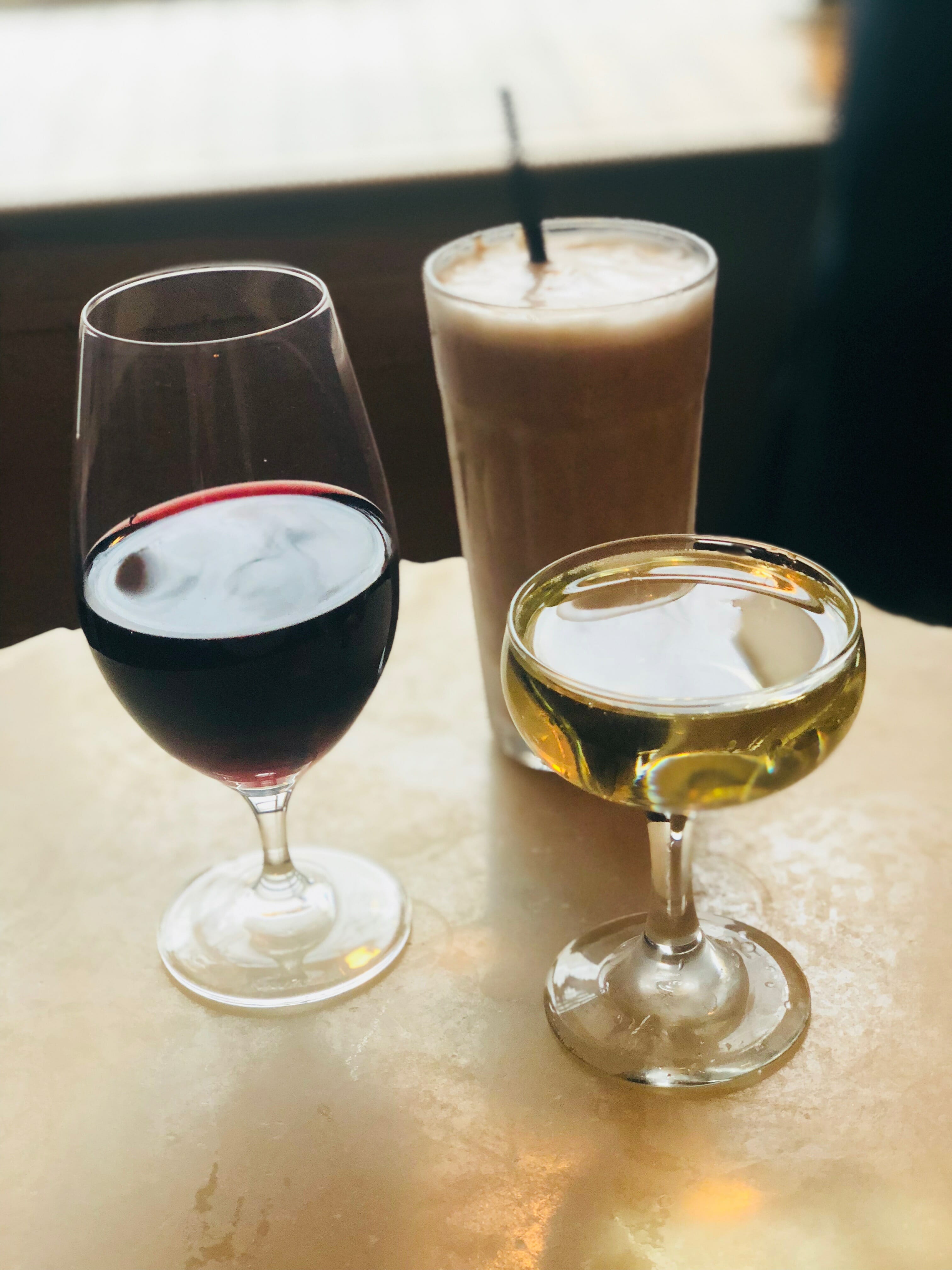 One half neighborhood joint, one half perfect spot for a first date, Henry Public is that reliable, intimate, dimly lit bar with great cocktails and a bomb kitchen. Smooth jazz plays at night and the old school bar is bedazzled with 1970’s wood paneling. There’s even framed black and white photos to give this place a shipyard vibe. Go for the grilled cheese or turkey sandwich. You’ll definitely impress those bumble dates with this, honey.

This shop is based off the infamous Collyer Brothers, a pair of wealthy hoarders who stuffed their 12 bedroom mansion in Harlem with pianos, books and found furniture until one brother died of starvation and the other was accidentally crushed by the trash in a makeshift booby trap. The shop though is MUCH lighter and filled with tons of Wes Anderson-y “Fantastic Mr. Fox” like art and home goods. Adorable. Cute and definitely filled with plenty of kitschy things for your home. 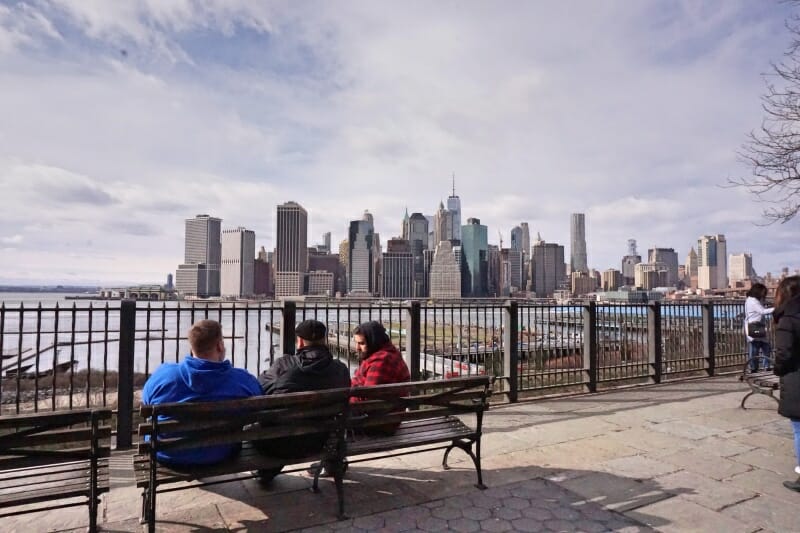 There’s something incredibly romantic about seeing Manhattan from Brooklyn at night. The water, the glistening skies at night, but what’s the best sight? Probably staring into the windows of the incredible homes along the waterfront – people don’t like to leave their blinds down, and baby doll, these apartments are Niiiiiiice. PS – I am not advocating being a peeping tom, just looking at nice apartments. Don’t be a creep, yo.