May 1st Was Once New York's Only Day to Move From Your Apartment - ciaooo!
ciaooo!
Close Search
History 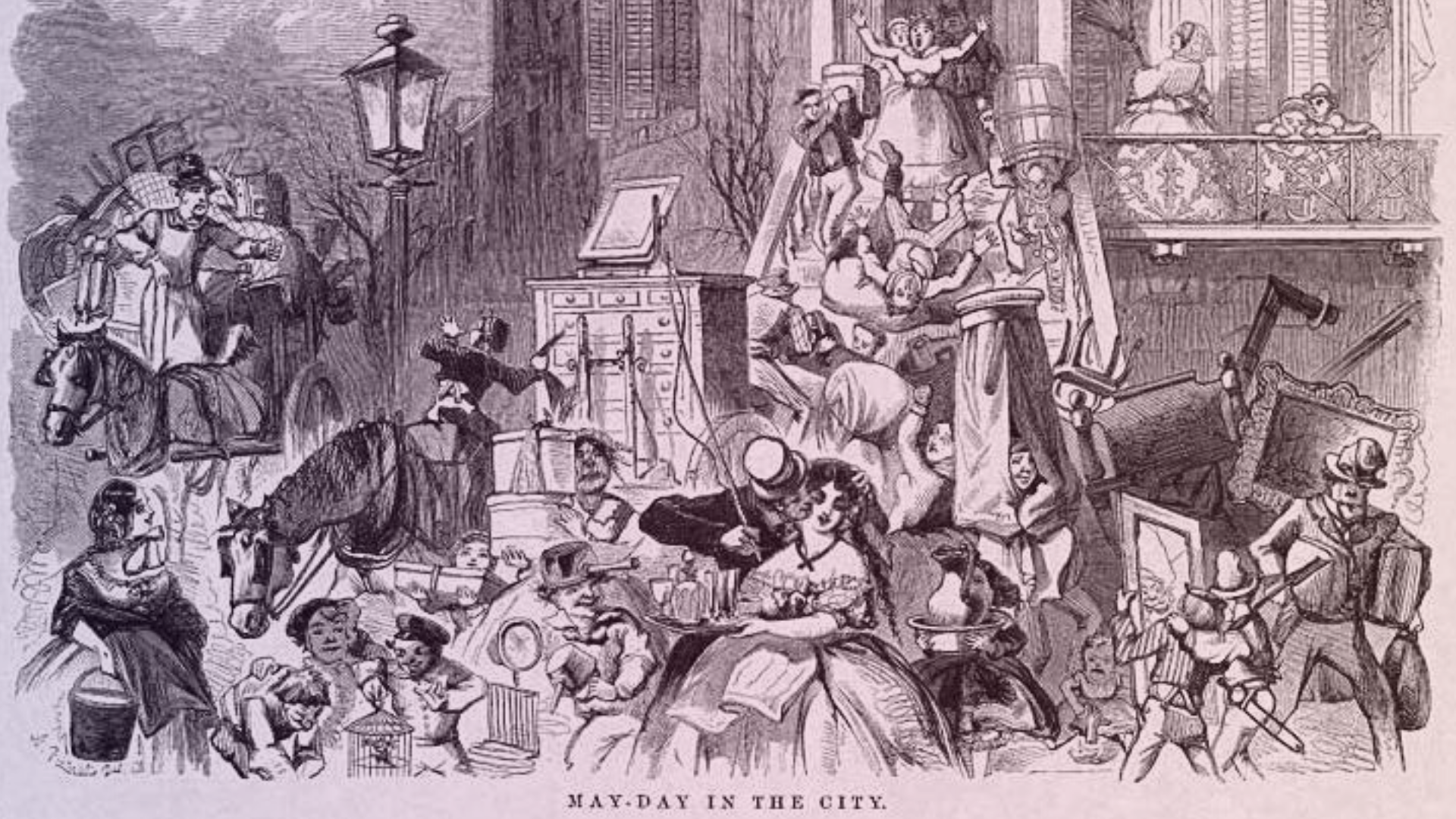 #TODAYINHISTORY
May 1st aka Moving Day in NYC. Ever since the colonial times, May 1st was one of the wildest days in NYC. If you thought moving was annoying, imagine if EVERYONE moved on the same day, every year. All leases in the city used to expire at 9AM on May 1st at the same time.

And You Thought Moving was rough in NYC?
It’s estimated that over a million people in the city all changed their residences at the same time.  It wasn’t until the start of World War II that Moving Day ended, as the moving industry lost their strapping young men overseas.

Not to be confused with “Mayday!”
The term “Mayday” was created by Frederick Mockford, a radio officer at Croydon Airport in London as an international distress call in 1948 after the French word m’aider, which means “help me.