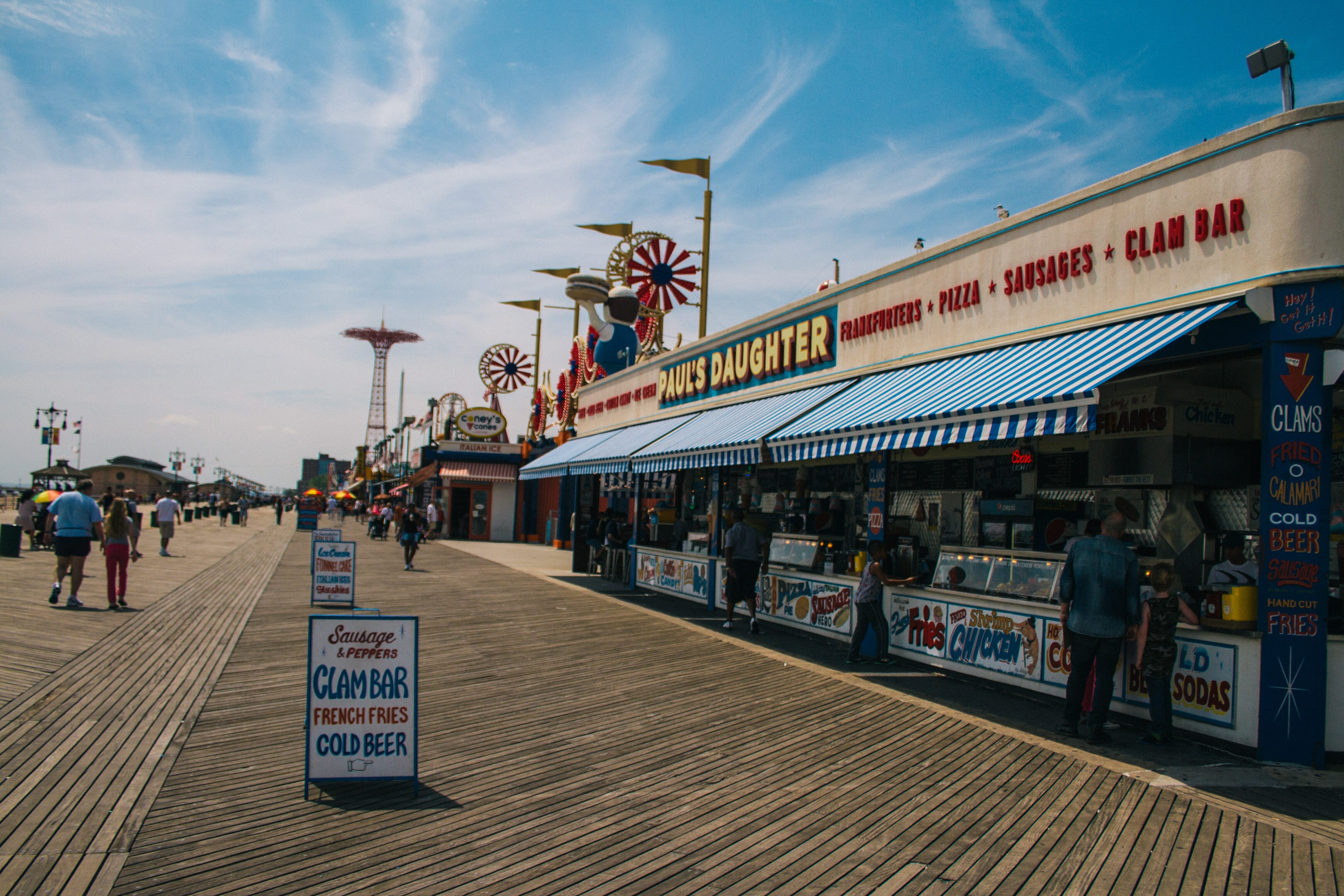 Coney Island is one of the beaches that most New Yorkers tend to skimp away from. The rumors circulating the waters are choppy at best: needles in the sand, broken glass bottles and a happy floating patch of radioactive waste that make up the paltry surface. We dug into the history of Coney Island and discovered the beauty that it once was.

A BRIEF HISTORY OF CONEY ISLAND

Before Coney Island became a hotbed for sketchiness, it was America’s most beloved beach. At it’s prime, Coney Island saw over a million visitors per day and was the number one resort for America’s wealthy and elite. With three primary amusement parks (Steeplechase, Dreamland & Luna) competing for America’s attention, the gamut of attractions ranged from an elephant-shaped hotel (that later turned into a brothel, okurrr), a mini-village of over 300 little people from all over the world called Lilliputia aka “Midget City” and the world’s first roller coaster in 1884.

BACK IN THE DAY

When Coney Island first opened its doors, it was considered a vacation for wealthy Manhattanites. Location wise, it was far away enough from Manhattan to be considered a mini- getaway and the three beaches – Manhattan Beach, Brighton Beach, and Coney Island were adorned with extravagant hotels, bathhouses, dance halls, and restaurants. Of the three, Coney Island became the litmus test for outrageous attractions – one of the main ones being Dreamland’s simulated submarine ride called, “Under and Over the Sea”, where visitors could watch a giant squid and animals of the deep fight one another. Another was the show “Fighting the Flames”, where a cast of over 2,000 actors fought a fake fire at a hotel.

At it’s prime, Coney Island was the home to several technological firsts. Dreamland was a historical first and opened with over one million lightbulbs decorating its park. As part of its bizarre freak shows, Luna Park inadvertently played a part in medical advancement with their Baby Incubator exhibit. Headed by Dr. Martin Couney and an actual rotating cast of doctors and nurses, visitors could gawk at premature babies in a hospital ward. The exhibit ended up saving the lives of thousands of premature babies and offered free treatment to parents of premature babies.

In the 1900s, a series of fires took down Coney Island. Dreamland had a fire in 1911 that totally engulfed the park in flames, ironically, starting at its haunted ride “HELL GATE”. By the time the Great Depression rolled around, visitors stopped coming to the park. In 1944, another scorcher hit the park and burned down half of the wooden structures of Luna Park. Eventually, parts of the amusement parks were torn down and converted to affordable housing (infamously owned by Fred Trump), and the remaining Coney Island became a shell of what it once was.

In 2005, Mayor Bloomberg set off to revitalize Coney Island and bring back some of its former glory with an $83 million dollar renewal plan. Today, the glitter has been brought back to life and well worth a visit!