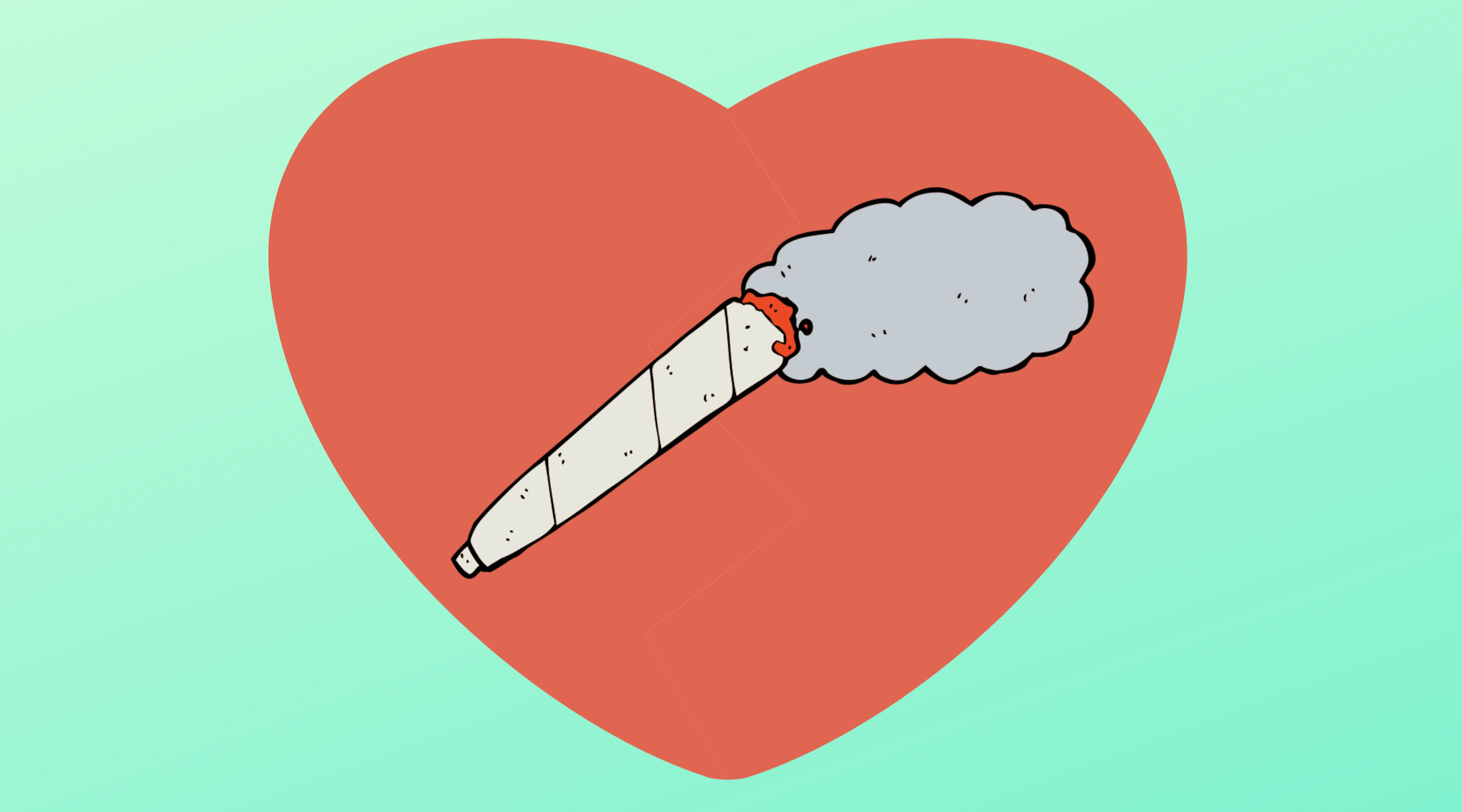 City of Swipes is our anonymous dating diary of a twenty-something female meeting New York City’s most eligible bachelors. Our writer goes on a date every Thursday in an attempt to find the ONE. All men will be kept anonymous until otherwise stated.

I nab a second date with N, the Ameriboo.

Actually, can we do nine?

Nine is fine. I’ll head to the library then head down to you around 8:30. I’ll pick a cheap bar.

Ace! See you then.

I crush a set of logical reasoning questions and give myself a break when the next section is Logic Games.

Around 8:45, I finish my make-up and head down to Christopher St. I know every bar in this area and want to pick one that fits my vibe… without spending $10+ for a pint. I feel like Goldilocks. This bar is too crowded. This bar’s too dive-y. This bar’s too bougie!

I’m in between Shade or Triona’s.

The first, a faux-dive with 15 dollar cocktails but cheap beers. Triona’s, a sports bar with cheap beers but water downed mixed drinks.

When he texts me he’ll be late, I treat myself to a cheeky cocktail at Shade.
I grab my favorite seat and pull out my workbook. Logic Games can’t beat me with a cocktail in hand! I’m 100% wrong and end up spending most of my time texting my date for next week— a freelance guitarist from Greenpoint.

N catches me off guard. He slips into the chair across the table with a cheery, “Hiya!”

“Hey!” I wrap up my books and phone conversation like a guilty child.

We pop into the conversation like old friends. I’m delighted when he opts for staying at Shade for one more round. I insist he adds his beer to my tab to avoid the hassle of opening his own.

We exchange week events and he shares pictures of LA beaches. It’s beautiful, but I could never see myself out there. Like most New Yorkers, I can’t drive. He tells me about his hour-long bus ride to the center of town and I silently thank my immigrant parents for picking the right coast.

We shuffle next door to Triona’s. When I begin to order a drink, he grabs me by the shoulder and insists he buys the next round. He’s staring me down. His brown hair has turned less floofy and more tame.

I’m not rich by any means, but I remember his poverty comment from last week and feel bad. The fact that I freely throw my card at bartenders means most of my disposable income (gladly) goes to booze. Booze that’s mostly pricey gin.

“What are you getting? Vodka?”

His intensity is throwing me off guard.

“Niceeee,” he coos. His UK appreciation overtakes his intensity, but it rolls back when I correct his pairing assumption.

“And soda? What are you mental?”

He gives me shit until the bartender comes over then asks for my preferred gin and orders. He opens a tab. We’re in it for the long run!

I’ve got a smug blush on when we settle into a side table. The conversation flows well; he tells me he’ll be gone till mid-May for a stop back home to England. We match pint to pint once I finish my gin. Alternating rounds depending on who’s too lazy to get up.

At one point his phone chimes and he groans, “Ugh. Sorry. It’s my program. It just crashed.” It’s the reason he was late today. It’s a bunch of coding shit that vaguely ties into politics, but he surprisingly explains it in an uncomplicated way. I’m impressed and can actually make sense of it.

“So, if it’s just that one digit that’s off…can’t you just replace it with the proper unit? How long will it take?” I speak slowly to not fuck up the basic terminology and… because I’m entering the tipsy territory.

He nods. And, when he tells me it’ll take a few minutes, I insist he does it right away. We squabble until I put my foot down. “Promise you, I’m not offended. You’re gonna be behind tomorrow. It’s not worth it.“

He begrudgingly pulls out his laptop, opens up the terminal, apologizing the entire time through. “So sorry.” He repeats, typing away like a mad man.

“Literally, no stress.” And I mean it. I’m definitely tipsy and decide to check on my #boysquad.

Yeah! Hardly feels like a date though. Def friend-zoned myself.

I scoff and put my phone away just as N slides his laptop away.

“Already! Thank you! Next pint on me?”

He begins to prep a cigarette when I mention it’s a skill I never developed. He props paper and tobacco in front of me and starts a How-to lesson. It’s an awful cigarette that he ends up reshaping.

“Not so bad for the first time. Shall we pop off now?”

It’s an amazing cigarette. I’m not just saying that because I (kind of) rolled it.

In between drags, he gives me his UK number.  “Y’know, in case you want to talk to me while I’m abroad.”

“Uh…okay sure.” I ash my cigarette and save the number as “Nx2”.

When we head inside, I suddenly realize I’m tired of the scenery.

“Hey, do you wanna head to another bar? Grab one last pint?”

We’re standing up to close our tabs when he reaches for my hand and pulls me over for a kiss.

It catches me off guard and I pull away with a, “Whoa. I—“

“No. I— I do. I think you’re really hot. I just wasn’t expecting that. I didn’t think you were into it.”

“Oh no. You’re super cute. I’m definitely into it.”

I laugh and excuse myself to the bathroom, where I text the #boysquad —

Wow, I think this dude wants to fuck me???

When I get out, N’s smoking outside the bar. “So, bar?” The plumes of smoke obscure his face.

“Well, there some bars in Bushwick still open.”

I laugh. Imagine me going to Brooklyn?

“Or we can go back to mine and have a few cocktails?” He leans and begins kissing me.

I laugh again. “Listen. I think you’re really hot. And I really want to fuck you. I just…didn’t expect this. I thought we were doing more friends thing.

This is great, but the thing is….I haven’t shaved in months.”

He stares at me, genuinely confused and after a beat says, “…So?”

“No no,” I wave my hands frantically, “you don’t understand. I literally mean MONTHS.”

He’s still staring at me deadpan, a stream of smoke jets out of the corner of his mouth.

“So, would you be down to fuck me in, like, a month, when you’re back from England?”

This time he laughs, holding my hand he answers,

He leans in and kisses me again. I shake my head and step away.

“You don’t understand. It’s like a Kate Bush bush.”

The lights on Williamsburg bridge are illuminating N’s hand on my thigh.  My hands are folded together in plain sight. I don’t mind the tiny PDA, but the cabbie’s stern glances into the rear-view mirror are making me uncomfortable. It isn’t until the safety of Bushwick’s darkness that I reach over for his hand. He squeezes it tight and I like that he’s not trying to fuck in this cab.

We pull up to his apartment and he pays for it fully despite my (admittedly half-arsed) offer to split. Holding hands, he unlocks the front door, and we silently walk up the staircase. It’s one of those buildings where people leave their shoes outside the door.

The apartment is cool. Spacious and lofted. There’s a tube map on the wall that makes me smile. He makes one Greyhound and one Tim Collins while I’m in the restroom.

His room is cute. It reminds me of my own. I observe the pictures as I pull off my jeans. There are a bunch of photos of him with his friends. They’re holding beers and smiling hard in most of them.

We fuck for hours.

I’m so used to a one and done session that I have a back to back orgasm that makes me go cross-eyed.

After the fourth time, I start to get dressed when he sharply asks where I’m going. “It’s so late. Of course, you’re staying. I wouldn’t let you go home at this time; it’s too dangerous.”

I’m thrown off. Most of my sex life has been me getting kicked out at 4 am, and this random dude wants me to stay? I’m embarrassed for myself and successfully play off my dressing as “just underwear lounging.”

I can’t believe he buys it.

After cigarettes and chatting, we settle into bed. He’s outrageously cuddly. He wraps his entire body around me and plays with hair. I’m thrown off by the intimacy. I’ve never had anyone’s fingers through my hair.

I’m so turned on…

After the fifth time, we actually settle into bed. Octopus’d together, we both knock out quickly.

I wake up before my alarm goes off. I’ve got to get in early to change into my spare work clothes.

N greets me with a groggy, “Mornin’? Off to work?”

He’s still stupidly cute and I regret not calling out the night before. I scramble around the room, cursing myself out for not following my organized protocol. This is what happens when you haven’t had sex in nearly two years.

God— why is it so hard to put jeans on?

I give him a kiss on his forehead and he wishes me a great day. The ride to work is quick once I battle the streets of Bushwick for a piping hot coffee and a bacon, egg and cheese.

I text my group chat the universal emoji for, “I just got laid.”

The chat explodes. One friend replies,

Well. God damn. I never thought I’d see the day you get laid.

It’s 8:30 by the time I sneak into my office. I’m tired and dehydrated but successfully on time. I sport a stupid smile on my face that evolves into a stupid grin when N texts me around noon.

When I finally get home, I run a bath, schedule STD testing in four weeks and fall asleep with Union Jacks on my mind.