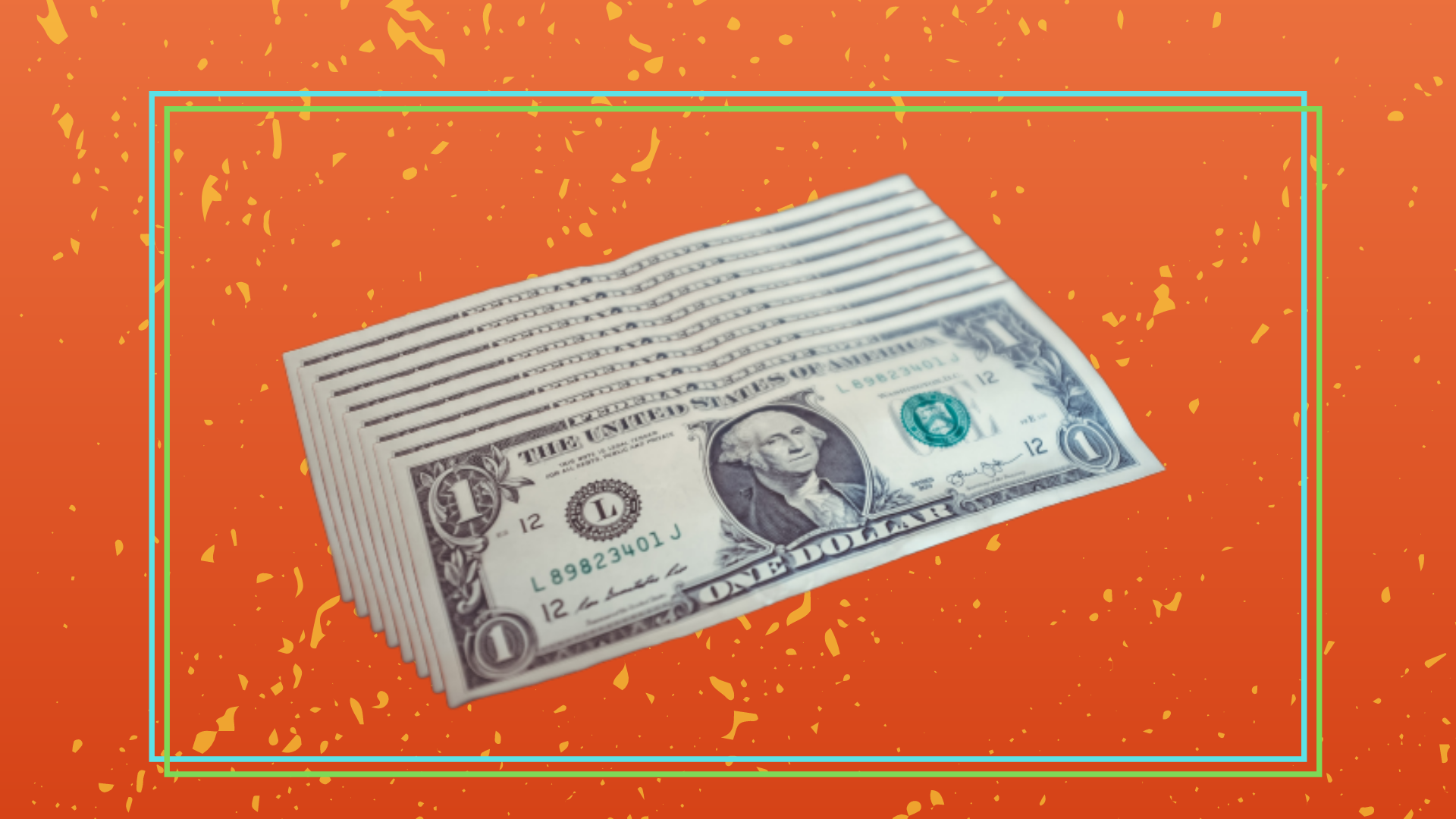 This article is a full breakdown of what these payments are and how they will affect you, what actionable steps you can take, and what to expect for the future – regardless of whether you’re unemployed or not. Like the Coronavirus, the passage of the second Stimulus Package (Democratic driven HEROES or Republican-led HEALS  Act ) will drastically affect each and every one of our lives, regardless of class, color, or the number of Instagram followers. This post was crafted with our friends at ExtendPUA.org. Let’s get to it, shall we?

Today, the $600 Federal Pandemic Unemployment Compensation (FPUC) officially expired for millions of Americans. You can read our full breakdown here. Join us on Tuesday, August 4th for a virtual CALL PARTY where we call our senators and #jamthelines. If we all call – they have to listen! More info HERE.

This additional payment was sent out on top of regular unemployment insurance to qualifying Americans. When this package was created in March, the supplement was meant to:

Before we dive in, you should know about the three different stimulus packages that surround this $600 pandemic unemployment. We will break these down later on in the article.

In May, with no vaccine in sight, rising unemployment and COVID cases rising by the day, the House of Representatives immediately went to work, crafting a second stimulus package called the “HEROES ACT”.

Here’s the rundown on the Heroes Act

Republicans in the Senate however, disliked the HEROES Act because they say it spends too much and provides services to people who don’t deserve it, claiming the economy is in “recovery mode.”

Since then, Senate Majority Leader Mitch McConnell and the Senate have been debating the passage of their own version of the stimulus package, called the HEALS ACT, which is drastically different from the HEROES ACT.

Here’s the rundown on the Heals Act

The Republican led HEALS Act is a bit more complicated:

Instead of the $600 PUC, the amount would be reduced to $200. Once that runs out in October, the $200 will be converted into a wordy math problem reminiscent of AP Calculus where your benefits would then be calculated based on 70% of your previous wage earnings.

While that sounds livable, for those on the bottom end of the income scale, according to ExtendPUA.org, “this does not provide the federal minimum wage, let alone a basic income of $15 per hour.”

Additionally, there would be a cap of $500 inclusive of your regular state unemployment.

There would be a drastically reduced rate for individuals and no additional extensions for SNAP, essential and frontline workers, or state and local governments to improve their unemployment sites and more.

“The Democrats dislike the HEALS Act because it further plunges large groups of people into financial turmoil, adds billions for new weapons and jets, guts essential healthcare relief for front-line workers and provides no additional funding for individual states”

On August 7th, the Senate breaks for a month-long recess.

Stephanie Freed, a Production Electrician and Lighting Designer, and Grant Mcdonald, a Video Director for Concerts, Theatre, and Live Events, both saw their industry shut down overnight. Within weeks, Stephanie and Grant decided to take action and start ExtendPUA.org, a grassroots movement dedicated to educating and inspiring people to call for legislation to extend FPUC and expand PUA.

Since launching in early July, the organization has been featured by TeenVogue, NYTimes, Deadline, and the Washington Post for their call to, well – literally call, House-Senate Majority Leader Mitch Mcconnell and demand an extension.

We spoke to Stephanie and Grant to hear their full story on ExtendPUA and what needs to be done next.

“The live entertainment industry is at a standstill. Our work is all about people being in the same room, shoulder to shoulder, having an experience together.  So when the coronavirus happened, all work was cancelled and it is likely to remain cancelled well into 2021, or however long it takes for people to be safe and comfortable at large events again”

What is ExtendPUA.org and why did you start it?

We started ExtendPUA.org because our social media was plastered with people passing around petitions for the $600 payment and hashtag/photo campaigns that weren’t linked to larger calls to action. We couldn’t find a singular, consolidated resource that contained information and tools to take action. So we made one.

We aim to empower and mobilize the unemployed and their allies to take bold, informed actions to extend and expand the FPUC and PUA. We offer tools, talking points, and information to make it easy.

We also acknowledge that while our industry is hit particularly hard, it is an industry with visibility and we wanted to make sure, as we all fought for our own needs, we also fought for all of the people without access to the microphone.

It *should* benefit everyone unemployed living in this country, but it currently benefits those approved for state unemployment insurance (which was expanded to include gig workers and self-employed individuals by PUA, which is good!). The $600 is currently being collected by about 26 million people.

However, it does exclude immigrants, students with no prior work history, and is more difficult to access for hybrid “gig” workers with mixed incomes from freelance 1099’s and standard W2’s. It is also disproportionately inaccessible to BIPOC communities (BIPOC and FPUC).

The people receiving the $600 are spending it on rent, utilities, health insurance, medicine, and groceries. This means people don’t suffer AND the economy keeps functioning. Here is more information on the $600 and the economy.

OK, so I get that ending the $600 will suck. But what do you suggest needs to change?

We demand that Senators pass COVID relief legislation that:

What will happen if the $600 isn’t extended?

The Bureau of Economic Analysis estimates that extending the $600/wk FPUC payments through the middle of 2021 would provide an average quarterly boost to the GDP of 3.7% and employment of 5.1 million workers. They also said that “cutting off a policy that helps households maintain spending is a terrible idea, both for these households’ welfare and for macroeconomic stabilization.”

People across the US are putting the $600 benefit money back into the economy by paying rent, providing for their families, and buying food and supplies. Without that money being spent, the economy will inevitably hit new lows.

If the $600 isn’t extended, we will both likely lose our apartments and have to weigh if or when we’ll be able to return to NYC. And we’re the ones on the good side of things.

Many others are telling the same story of packing up and leaving the city that they love, but they’re also dealing with debt, healthcare bills, or expenses from caring for loved ones through all of this, and inaccessibility to the very lifeline that we had access to until now.

Plainly, an ideal situation would be our “for the People” government acting like they care about the People.

They must put politics aside and look at the numbers today versus when they passed the first stimulus when they all agreed that a stimulus was desperately needed.

They must recognize that today, the country is in worse shape with higher infection and death rates, then pass relief that both continue the existing programs that are working and keeping the country afloat, and retroactively include those who weren’t included in the first bill.

The government needs to be fair and care about the People.

What can I do?

You have to do more than sign a petition and share a meme. If you can share a photo, you can write your Senator.  To learn more, visit us at our site ExtendPUA.org.

We have resources for you to write, call, or tweet your Senators, reach out to the local press, attend or plan an event, share your story, and text voters in swing states. There’s something for everyone.

The people we are interacting with every day in this work are just like you and they are calling their Senators every day and planning events (virtual and in person) in their states for the first time and crushing it.

The site can answer any question you may have about all of this. There are talking points, answers to the common arguments (like “get a job”) and more information on acronyms and legislation. We just started all of this a month ago. This is life or death for people, we have to do something about it.

You Can Support by:

Follow and share @ExtendPUA on FB/IG/Twitter. We post new actions and events daily.  We also update followers on new legislation and tweet sassy things at McConnell. Spread the word to others and tell them to take action too.

Join us on Tuesday, August 4th for a virtual CALL PARTY where we call our senators and #jamthelines. If we all call – they have to listen! More info HERE.