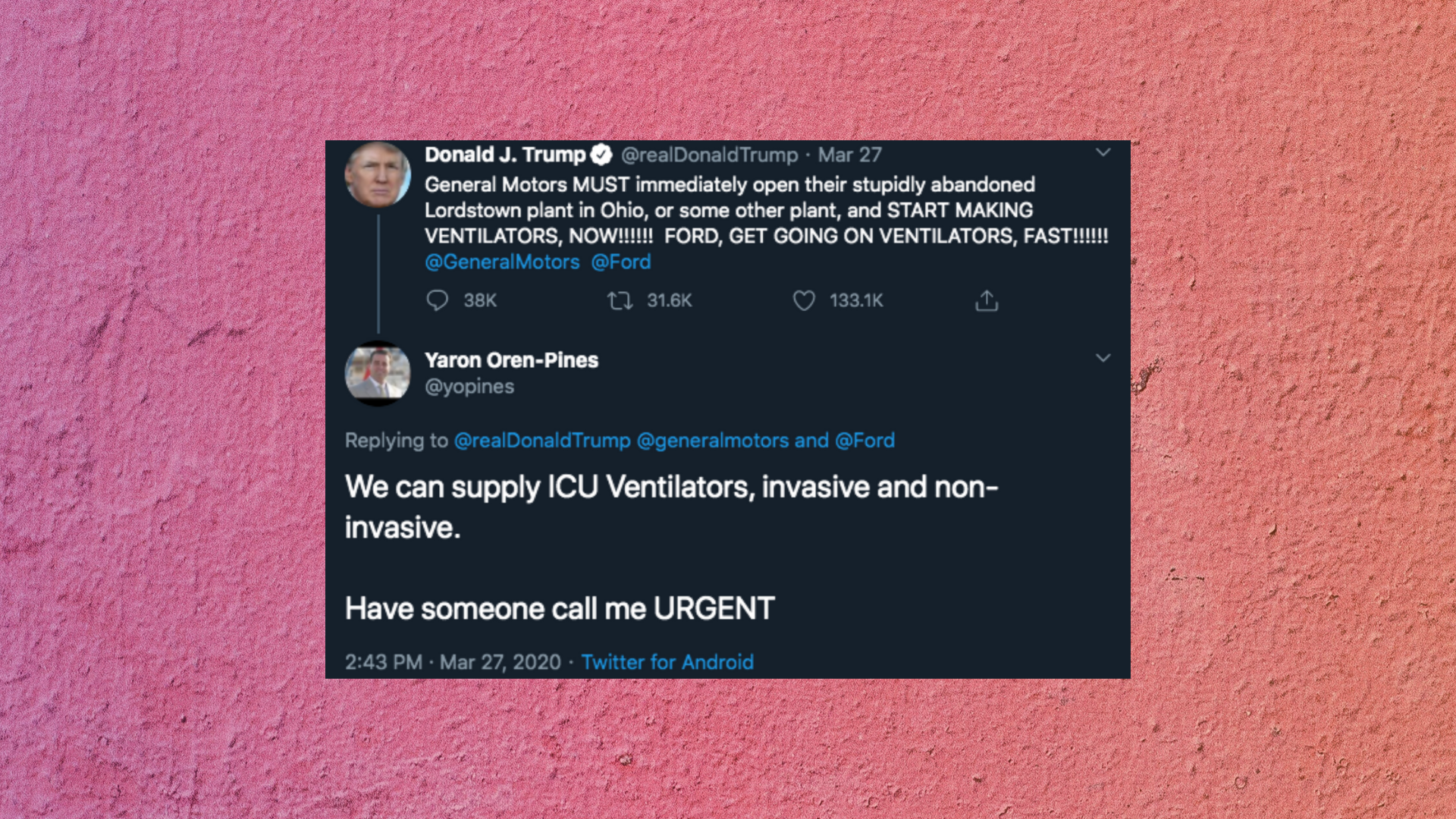 When Twitter Fingers Become Trigger Fingers
Since March, governors have been left to fend for medical supplies for their states as Coronavirus cases piled up. The madness was exacerbated when Trump refused to utilize the Defense Production Act to produce ventilators and supplies (but was ok to keep the meat industry despite Corona concerns).

Amidst the search, NYS called for any business who was able to produce materials to do so, and they would be paid accordingly. Governor Cuomo allowed the state to pay for medical supplies on-demand before an order was completed to speed up the process. Of course, the search for vendors was amplified on no other reliable source than, good ol’ Twitter.

But Wait! There’s More!
3 days after a tweet by electrical engineer Yaron Oren-Pines in response to Donald Trump’s call for supplies in late March, a deal was signed for 1,450 ventilators at a price of $47,656 per ventilator. That’s TRIPLE the standard retail price of high-end versions! But none of the ventilators ever showed up.

We Got DUPED
Nearly a month later, New York has terminated the contract, and the state is now trying to recover the $69 MILLION DOLLARS it paid the Silicon Valley electrical engineer. Between March 19 and April 27, NYS wrote out over $735 million for medical supplies –  most of which were given to firms with little or no apparent experience in medicine. Desperate times call for desperate measures, but this is just sad.