The Death of Justice Ruth Bader Ginsberg is The Icing On Top Of The Undercooked-$1-Store Cake That is This Year - ciaooo!
ciaooo!
Close Search
News 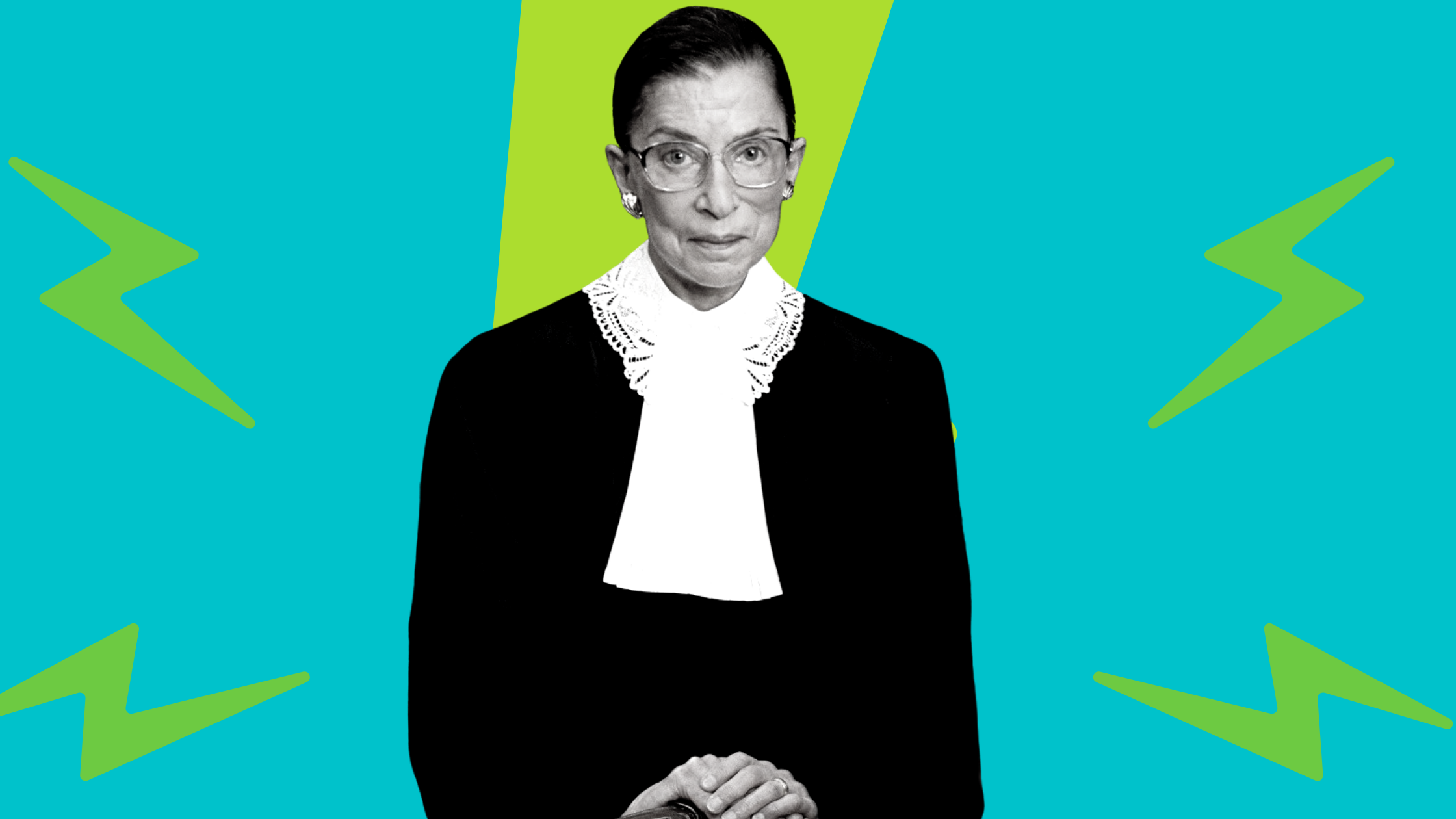 When we look back at 2020, we’ll note that it’s the year that the world truly went to hell in a handbasket. The demise of Justice Ruth Bader Ginsberg is the icing on top of the undercooked-dollar-store cake that is this year.

You may have seen her face across t-shirts, pins, and magnets without a real understanding of what her contribution to law did for women, and what her loss really means. Over the past 50+ years in her practice as a lawyer and a Supreme Court Justice, she fought tirelessly to end gender discrimination and sought equal protection under the constitution.

A New Yorker to her very core, Ginsberg was steady, committed, and passionate and she rose to become a cultural and feminist icon.  To think, it all began with a young girl from Brooklyn with a fierce love of the law.

It all began with a young girl from Brooklyn with a fierce love of the law.

In a 2018 interview with the Museum of the City of New York, Ginsberg reminisces about her days as a Brooklynite in her youth. When asked if she still feels like a New Yorker despite not living there for years, she replies proudly, “ I am not only a New Yorker but a Brooklynite”.

For a solid portion of the interview (that you can watch here), Ginsberg talks fondly about her early years growing up in the Flatbush area of Brooklyn. She loved music, played piano and cello in her youth, and loved the orchestra, mesmerized by the music and the drama. Like many of us, despite leaving the city for DC, she knew there was no other city like it.

In her eyes, New York was home to the greatest museums, the finest institutions, and her favorite, the Metropolitan Opera. It’s that New York-born determination and steady strength that she carried with her throughout her life and career as she fought for equal protection for women in the eyes of the Constitution. She carried it with her as she stood before the Dean of Harvard Law, one of only nine women in the school, as he questioned why she was taking up a seat that could be filled by a man.

She carried it as she became the first tenured female professor at Columbia after teaching at Rutger’s University – constantly fighting for equal pay along the way – to be treated the same as her male colleagues. As she fought tirelessly during her time with the American Civil Liberties Union (ACLU) to progress women’s rights, establishing the Women’s Rights Project in 1972. Her notable court cases argued for women’s right to serve on a jury, for equal distribution of benefits to military families, and equal spousal support (Source: Weinberger v. Wiesenfeld, Duren v. Missouri, and Frontiero). All in some way fighting against the double standard between men and women.

Her notable court cases argued for the women’s right to serve on a jury, for equal distribution of benefits to military families, and equal spousal support

She was appointed to the Supreme Court in 1993 (only the second woman in it’s 200 + year history) and continued to kick ass and take the name of all those sweaty old men who tried to keep her down.

She wrote the majority opinion in the landmark case the United States vs Virginia Military School, arguing that their gender-exclusive admittance policy violated the Constitution – once again trying to dismantle the patriarchy. Even when cases didn’t swing her way, her dissent was cause for change. In 2009 she strongly opposed the ruling that her privileged male colleagues made in the workplace discrimination case of Ledbetter vs Goodyear. She called the ruling out of tune with the realities of wage discrimination. Her dissent led to the Lilly Ledbetter Fair Pay Act signed into law by President Obama, allowing anyone who feels that their paycheck is less due to discrimination on any basis to file an equal pay lawsuit every time they get said paycheck. You can’t help but admire the shade.

You could go on and on listing her accomplishments and despite the countless people who stood in her way, Ginsberg persevered and was a pioneer in furthering Women’s Rights. Though it’s true our country has a long way to go, any progress we’ve seen in the past 40 + years can be tied back in some ways to her work.

Her loss is going to be felt keenly, and her impact will not be forgotten. Though Trump is quickly trying to replace her with an Evil-Ginsberg who hates women and everything Ginsberg stood for – that will push the Supreme Court towards a conservative majority – he will not be able to erase her legacy. So wear your RBG pins and your jackets and your T-shirts, and remember what she stood for. Vote. Pay attention. Don’t admit defeat. Keep pushing and clawing and fighting for the foothold that you deserve, just like she would have done.