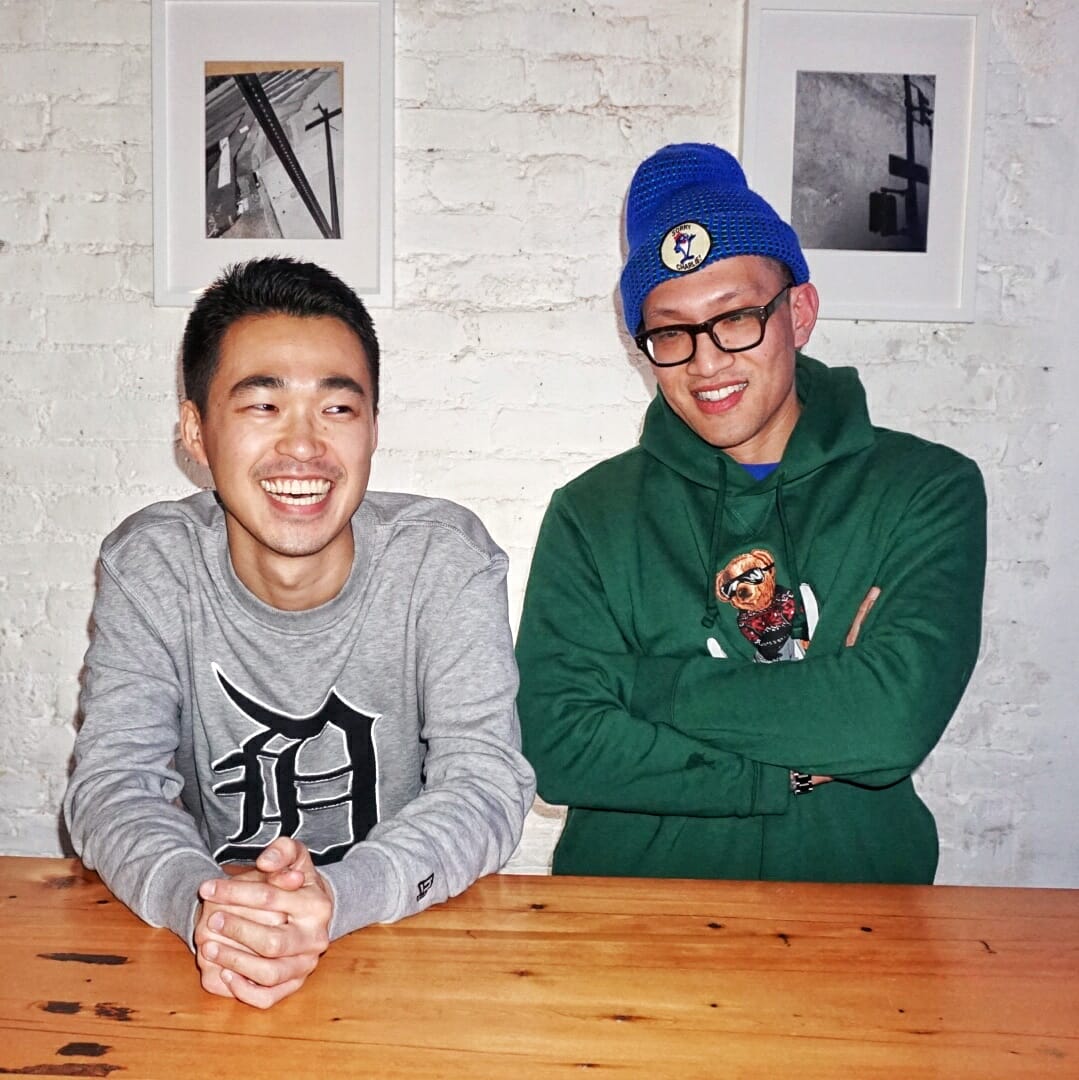 Sitting in the faded fluorescent booth of a grunge hip bar in the Lower East Side’s Orchard Street sits Mic Nguyen and Fumi Abe, a twenty-something creative type caught in a heated debate about whether Eddie Murphy’s RAW or DELIRIOUS is better.

Mic and Fumi are the dynamic duos behind a monthly comedy show called HACK CITY . The show has taken place for the past 3 years across local undergrounds in NYC until finally landing in Canal Street Market. Besides that, they’re also the hype men behind ASIAN NOT ASIAN, a podcast that features top-notch Asian Americans on everything funny, political and NSFW. On top of that, they’re also regularly performing stand up in lounges all over the city – from subterranean bars to top tier standup lounges as many as up to five times a week.

In this Netflix fueled, a bottle of wine with dinner generation, it’s hard to talk about these guys without wondering where the hell they make the time for everything. Besides, I haven’t even mentioned their day jobs, which both take up in the Advertising industry (Fumi is in IT, Mic is a copywriter) which take up the bulk of the time.

I first came across Mic and Fumi during a deep dive of cool, cheap (read FREE)  comedy shows in NYC. Stand up comedy is the poor human’s entertainment in NYC, and with a few well drinks and a dimly lit bar, one can instantly turn a bad date into a good one or forget their own sorrows. A few Instagram DM’s and emails later, I was in the middle of a convo with the guys talking about what Ronny Chieng is like in real life and trying to be funny growing up as an Asian American.

Our conversation took a turn from favorite stand-ups to the art of stand up. While I always assumed stand up involved an inimitable amount of bombing on stage in half-empty cellars in the West Village, I was impressed by how militant of an approach they took about it.

“The first year I did stand – up, I probably went up 700 times. Since then, I probably average 500 times a year…and that’s including everything from 5-minute sets in shitty basements, ambush shows and half hour specials”

The art of stand up is not new to NYC by any means. If anything, it is as definitive to New York City as taxicabs, pizza by the slice or piss scented train cars. Comedy in NYC for me, at least has always had a Jewish connotation. The Comedians and comediennes of the past were hilarious Jerry Seinfeld, Joan Rivers, Gilda Radner, Lenny Bruce, etc but Asian comedians were few and far between. Growing up, I often wondered to myself, did Asians simply fall into the stereotype of doctors and business school? Did the fear of possible failure just seep too deeply into Asian souls? Or worse, were Asians simply not funny?

I had so many questions to ask:

What was it like when your parents found out you were doing standup?

FUMI: Well, it’s not like I really told them. I mean we work in advertising in a creative field, and even explaining that was hard enough. You know, we’re paying our bills, we’re grown, I just never really felt like I had to tell them.

MIC: Yea, I mean we’re grown up. I want to have them come and see me perform when I’m at like a nice venue, you know? So until then, we’ll just hang tight.

What do you say to other people who want to be successful comedians?

MIC: You know, people will say that you just have to do it and bomb, but you really have to think like a business person. You have to be able to market yourself. You could be the most talented comedian in the world, but if no one knows, then it’s not really helping your career.

A lot of it is also figuring out how to find your target audience too. A lot of people find that niche super easily. For us, we think it’s youngish multi-cultural people who don’t necessarily have to be Asian, but have been shown a different culture maybe, and just get the feeling of being somewhat of an outsider growing up in the states.

Yea, that’s why I related so hard to like Eddie Murphy growing up. As an Asian kid, it was just awesome to see someone different on TV, talking about different things and being hilarious.

Next step is we are constantly writing and preparing scripts. We don’t know exactly what is going to happen next, but we’re open to all opportunities, but we’d like to have a development deal one day. Maybe a TV show, like Desus and Mero, but Asian. (Whoever knows some Hollywood/Vice/Execs holla at my dudes HERE).

It’s exciting to see when people are on the way up and up. It’s been five years since the two started comedy, and a rough mental math calculation makes me think it’s been about 2,700 times since they hit the stage. Telling jokes. Bombing. Rocking sets. Getting up and doing it all over again.

You can find check out Mic and Fumi’s FREE monthly stand up show HACK CITY at Canal Street Market every third Wednesday.

If you can’t make that, then listen to their funnies at ASIAN NOT ASIAN podcast.

If you can’t listen to that then at least stalk them on Instagram.