The Unsolved Murder of Victoria Muspratt 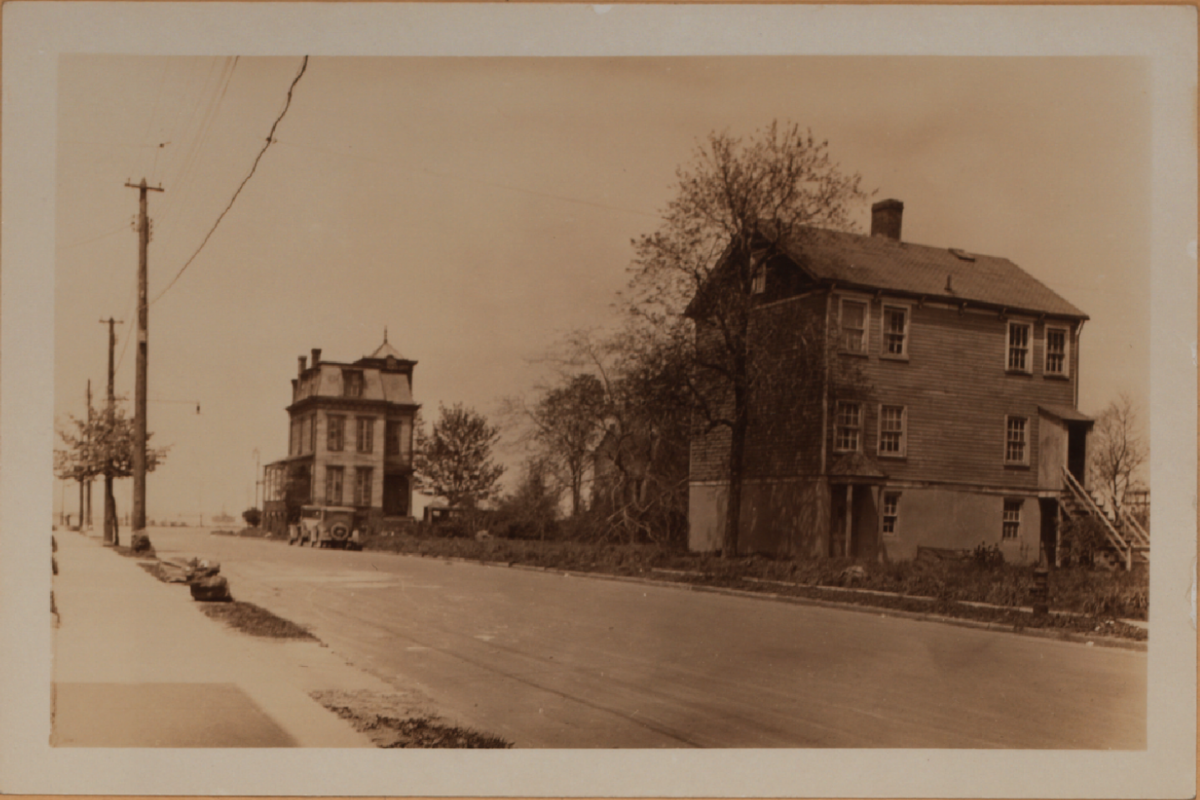 Victoria Muspratt was that type of neighborhood eccentric idealized in movies: cloistered in her crumbling Bay Ridge mansion, she wore all-black clothing a generation out of fashion and hardly emerged except to attend mass at Our Lady of Angels Catholic Church on 4th Avenue.

Her house, described in 1931 as “going to ruin because of neglect,” lacked plumbing or electricity. Buckets scattered outside caught rainwater, which she used for bathing. She owned no bed, opting instead to sleep atop two chairs pushed together next to a window. She had no oven either, not that the home was piped for gas anyway; all of her cooking was done over an open fire in the kitchen hearth.

Her poor health prevented her from climbing stairs, so she was confined to the ground floor as the rest of the home rotted around her.

She wiled away her evenings reading books and playing tunes on her push-button accordion. Victoria lived alone in the home since her sister Eugenia died of a heart attack in 1928. Her poor health prevented her from climbing stairs, so she was confined to the ground floor as the rest of the home rotted around her. The attic ceiling caved in. Paintings fell from the walls and remained on the floor where they landed.

Neighborhood children broke her windows with rocks, and the glass panes remained broken. She was once offered $175,000 (roughly $2.6M today) by a developer who wanted her plot of land. He offered her an apartment in the building he intended to construct, affording her the same beloved view of the harbor, but she refused. “No,” she said. “That would not be home.” Her odd demeanor and her refusal of such a fabulous sum of money caused rumors to swirl that, despite her decrepitude, she secretly fabulously wealthy. Aware of the rumors, and disapproving of the modern apartment buildings springing up all around her home, Victoria Muspratt began to fear that she would one day die at the hands of a marauder.

Victoria Muspratt taught for more than 20 years at St Michael’s Parochial School. She retired in 1908 with a reputation as one of the best teachers in the diocese. She lived for the next two decades alone with her sister Eugenia in the House where they both had grown up, until Eugenia died in 1928. After that, Victoria was alone, and her condition deteriorated rapidly. In March 1929, she was found lying unconscious on the road outside her house, disheveled and wearing a man’s cap.

“Automobiles may speed past her door, airplanes zoom above it, and subways tunnel beneath, but her house is still her castle and within its quiet walls she remains.”

When she regained consciousness, she couldn’t remember what happened. She was profiled in 1931 by the Brooklyn Daily Eagle, which celebrated her as a kind of living neighborhood landmark: “Automobiles may speed past her door, airplanes zoom above it, and subways tunnel beneath, but her house is still her castle and within its quiet walls she remains.”

Then, around 5PM on December 22, 1934, her nephew John Parker arrived at her home to check in on her and perform any odd jobs she needed done. It was already dark when he arrived, and there was no sign of Victoria’s ubiquitous kerosene lamp shining from the windows. He entered the house and walked into the parlor, where she usually sat reading, and stumbled upon a gruesome scene: his aunt dead, her head covered with blood.

He fled to fetch the police, who surmised that she had been dead roughly 10 hours. The story of the slain recluse was splashed across city headlines for weeks, as rubberneckers dawned over stories of her eccentric ways. In the end, however, it turned out that the mysterious wealthy woman of Bay Ridge wasn’t so wealthy after all.

Her estate, worth less than $50,000, was divided among her nieces and nephews. Her house, which she had for so long cherished, was sold at auction for back taxes in 1936. It brought just $18,050. Funeral arrangements were made by her younger sister, Minnie Parker, and she was buried on December 26. Her killer was never found.